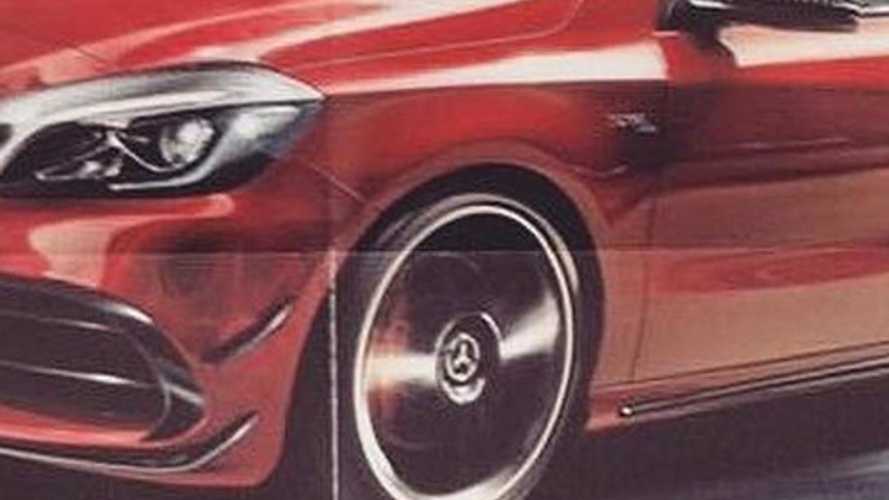 We have stumbled upon an image which apparently shows the facelifted Mercedes-Benz A45 AMG.

We have stumbled upon an image which apparently shows the facelifted Mercedes-Benz A45 AMG.

The styling revisions were kept down to a minimum as we only notice the additional fins on the bumper, revised vents with glossy black surrounds also applied onto the gills while the lower front grille appears to have a slightly different layout. There could be some changes to the headlight graphics and upper grille but it's hard to tell from this image which seems to be taken from a magazine.

More importantly, the person who uploaded the pic on Instagram says Mercedes-Benz will offer the A45 AMG facelift in a standard version with 381 PS (280 kW) along with a beefier S model that will pack a mighty 400 PS (294 kW) punch. We've known for quite some time Mercedes was working on a power boost for the current 360 PS A45 AMG in order to dethrone the 367 PS Audi RS3 and reclaim the power hatch crown, but we weren't aware the jump in output was this significant.

A full reveal of the Mercedes-Benz A-Class facelift should occur in the coming weeks, with a public debut set for September at the Frankfurt Motor Show.

Gallery: Possible Mercedes-Benz A45 AMG official image emerges along with up to 400 PS output