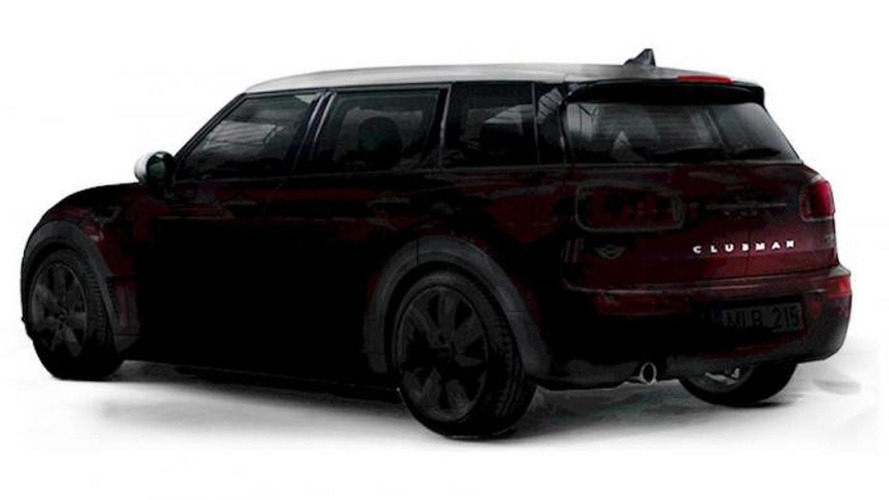 MINI has started the teasing game for the second generation Clubman (F54) set to debut in September at the Frankfurt Motor Show.

MINI has started the teasing game for the second generation Clubman (F54) set to debut in September at the Frankfurt Motor Show.

It was only yesterday when we shared several spy shots with MINI's biggest ever model and now the BMW-owned marque has published a teaser image of their upcoming six-door vehicle set to adopt rear barn-styled doors. It's a bit pointless to tease the new Clubman as MINI revealed a near-production concept more than a year ago so we all know how the car will look like.

Far from being a true MINI, the new Clubman will probably have the roughly the same proportions as the aforementioned concept which was 4223 mm long, 1844 mm wide and 1450 mm tall, thus making it approximately 260 mm longer, 161 mm wider and 24 mm taller than the first generation.

It will ride on the same UKL platform as the other recent MINIs and will use an assortment of turbocharged three- and four-cylinder gasoline and diesel engines. There's also going to be a warm Clubman S available from day one with 192 PS (141 kW) and 280 Nm (300 Nm with overboost) coming from a 2.0-liter turbo while later on during the car’s life cycle there's going to be a John Cooper Works (JCW) version with 231 PS (170 kW) and 320 Nm (236 lb-ft) of torque.

Sales of the model should commence shortly after its debut at the Frankfurt Motor Show in mid-September.