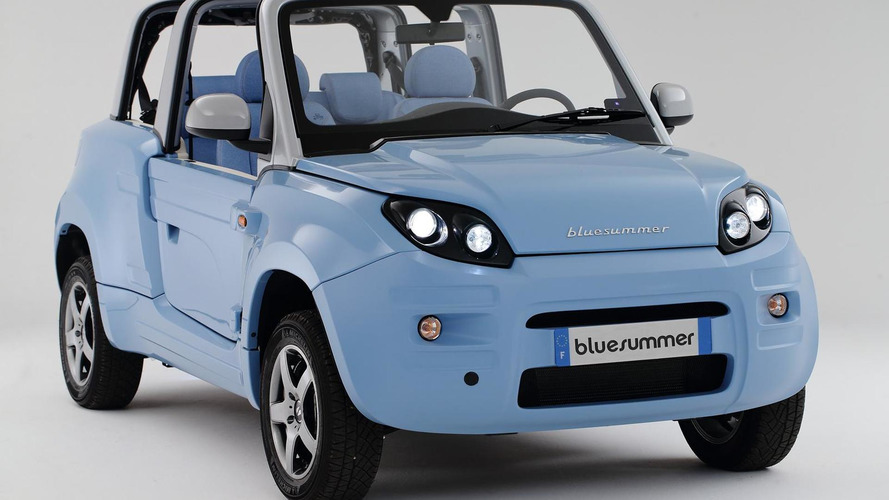 PSA Peugeot Citroen has signed a partnership with Bolloré to start production of the Bluesummer electric vehicle.

PSA Peugeot Citroen has signed a partnership with Bolloré to start production of the Bluesummer electric vehicle.

It will hit the assembly line of PSA's Rennes factory in France starting September and the plan is to make 15 vehicles per day, but no more than 3,500 units annually. Once production kicks off, the model is going to be sold through PSA's dealership network. The Bluesummer four-seater electric convertible is based on the Bluecar and will offer a maximum range of 200 km (124 miles) in the city and about half of that once you get to higher speeds outside the city.

Speaking of the Bluecar, production of the model was moved earlier this month from a Pininfarina factory in Turin, Italy to Renault's plant in Dieppe, northern France. The Bluesummer uses the same 50 kW electric motor and 30 kWh battery pack as the Bluecar which runs the 0-60 km/h (0-37 mph) sprint in 6.3 seconds and tops out at an electronically-capped 120 km/h (75 mph).

PSA will collaborate with Bolloré to develop new electric vehicles and will also work together in the domain of car sharing in Europe and later on in other regions of the world through joint ventures.

Gallery: PSA teams up with Bollore to produce the Bluesummer electric four-seater cabrio