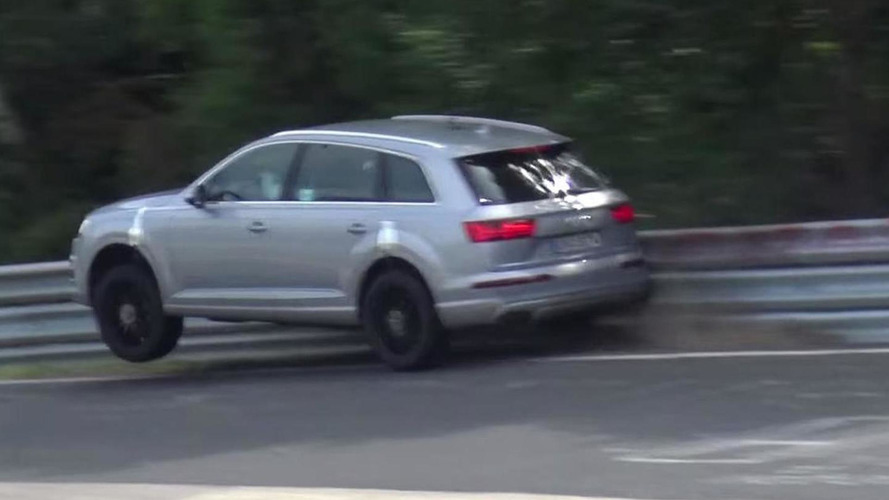 An Audi SQ7 test driver crashed a near-production prototype while stretching out on the Nürburgring.

An Audi SQ7 test driver crashed a near-production prototype while stretching out on the Nürburgring.

It was only yesterday when we shared a batch of spy shots with an undisguised Audi SQ7 prototype and now the very same car had an unfortunate encounter with a crash barrier on the carousel corner. The test driver was overly optimistic when he entered the corner at a very high speed and couldn't control the 2,000+ kg behemoth anymore and collided with the barrier and then went airborne with the front wheels for a brief moment.

The range-topping SQ7 will be unveiled this fall at the Frankfurt Motor Show and will be equipped with a V8 turbodiesel engine and an electric turbocharger boosting total output to more than 400 bhp (298 kW). The engine is believed to have a 4.0- or a 4.2-liter displacement and will grant the hot SUV from Ingolstadt with a 0-62 mph (0-100 km/h) run in an estimated 5.5 seconds en route to a rumored 186 mph (300 km/h) top speed.

This year's IAA show starts on September 15 so Audi could decide to unveil the SQ7 by the end of August.