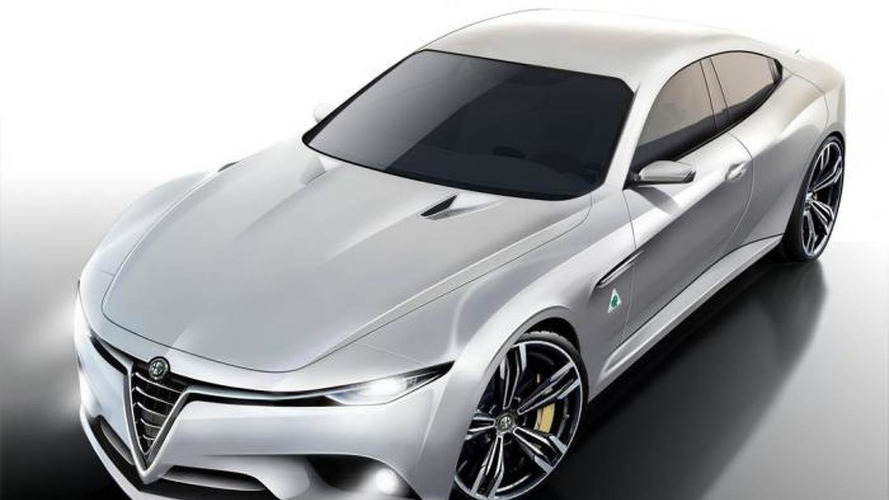 Alfa Romeo has announced the upcoming mid-size sedan will be offered with a V6 engine developed by Ferrari.

Alfa Romeo has announced the upcoming mid-size sedan will be offered with a V6 engine developed by Ferrari.

Tentatively known as "Giulia", Alfa Romeo's all-new sedan is almost ready to show its production face as the model will be unveiled on June 24 at the Expo Milan. Alfa Romeo and Maserati boss Harald Wester describes German premium mid-size models as being "mostly cold and clinical… these cars have no soul" and the new Alfa will be just the opposite of its rivals.

It is expected to go on sale in the spring of 2016 and will be available in a hotter specification equipped with a Ferrari-derived V6 engine which is believed to be the same unit that will power the already confirmed Dino reboot. The prancing horse will reportedly get a twin-turbo setup with approximately 500 bhp (373 kW), but most likely Alfa's version is going to pack less punch.

The base Giulia will use an "advanced, high-output four-cylinder engine" which will act as a replacement for Alfa Romeo's 1.75-liter inside the 4C. In its highest state of tune, the new motor should be good enough for up to 298 bhp (222 kW). The all-new model will ride on a Maserati-developed platform and come with a standard rear-wheel drive layout, but in select markets there's going to be an optional AWD setup.

Sales of the Alfa Romeo Giulia (name not confirmed) are slated to commence in the spring of 2016 for Europe while United States will get it in the first quarter of 2017 with possibly a different moniker.