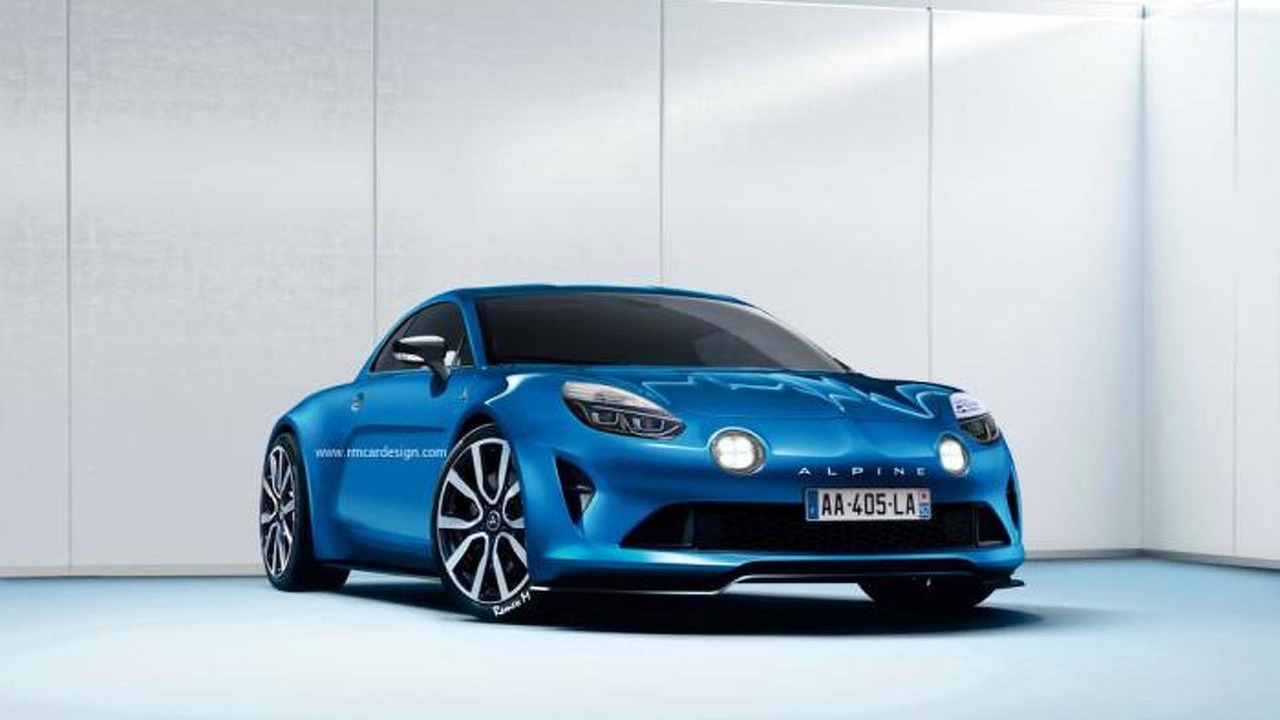 The Alpine nameplate is now sixty years old so Renault has decided to celebrate this milestone with a concept that also provides a sneak preview of next year's road-going model. RM Design wanted to see into the future and toned down the concept to make it suitable for a production version. As a consequence, he removed the body graphics, installed more conventional front and rear lighting clusters and mounted more practical side mirrors.

The alloy wheel design has also been changed while the rear end hosts a regular window as well as usual fog lights instead of the concept's F1-like arrangement within the rear diffuser. An image of the interior cabin has not been provided yet by Renault so we don't know what to expect from the production version due in 2016.

The revived Alpine will take the shape of a lightweight sportscar featuring a rear-wheel drive mid-engined layout with power coming from a 1.6- or a 2.0-liter turbocharged gasoline four-cylinder engine teamed up with a dual-clutch gearbox. It could weigh as little as 1,100 kg (2,425 lbs) and will the first of many other Alpine-branded models to come, including even crossovers/SUVs.