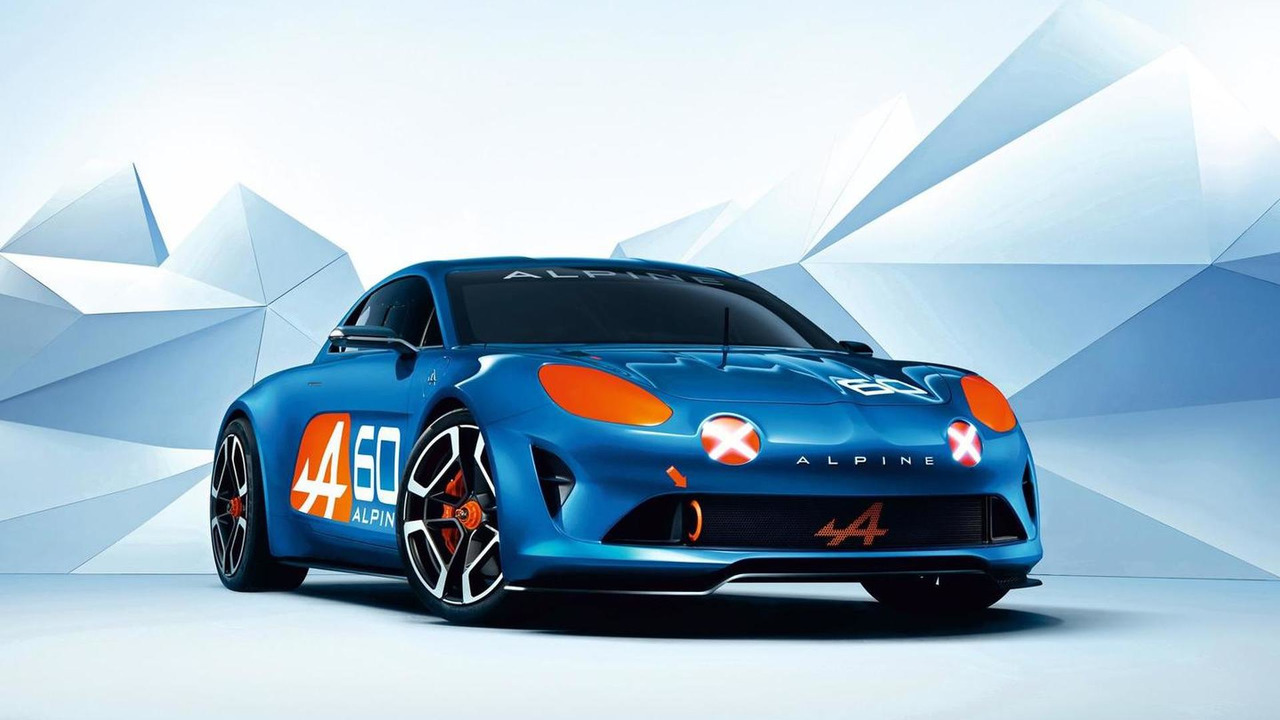 Renault has staged the world premiere of the Alpine Celebration concept today at Le Mans.

Renault has staged the world premiere of the Alpine Celebration concept today at Le Mans.

As the name suggest, it celebrates the 60th anniversary of the Alpine and serves as a sneak preview of next year's road-going sports car. The design represents a throwback to the classic A110 Berlinetta but with a modern twist and comes with a familiar double headlight arrangement along with a sloped roofline creating a curvaceous silhouette.

The concept is actually a successor to the 2012 A110-50 concept and has an alloy wheel design reminiscent of the A110 and A310 of the 70s while behind the retro-flavored rims are beefy brakes with orange calipers. Moving at the back, there is a fixed wing and a dual exhaust setup flanking a prominent diffuser which incorporates an F1-like fog light.

It wears the well-known blue & orange body paint scheme and adopts a mid-engined layout, but unfortunately Renault isn't saying a word about what powers the concept. It likely has a 1.6-liter turbo from the Clio RS or a beefier 2.0-liter turbo from the Megane RS paired probably to a dual-clutch gearbox, but hopefully the production car will offer a manual transmission.

Tentatively called AS1 (Alpine Sport 1), the production version is expected to tip the scales at around 1,100 kg (2,425 lbs) and will obviously adopt a rear-wheel drive layout. It will be shown at a major event next year, possibly in March at the Geneva Motor Show.