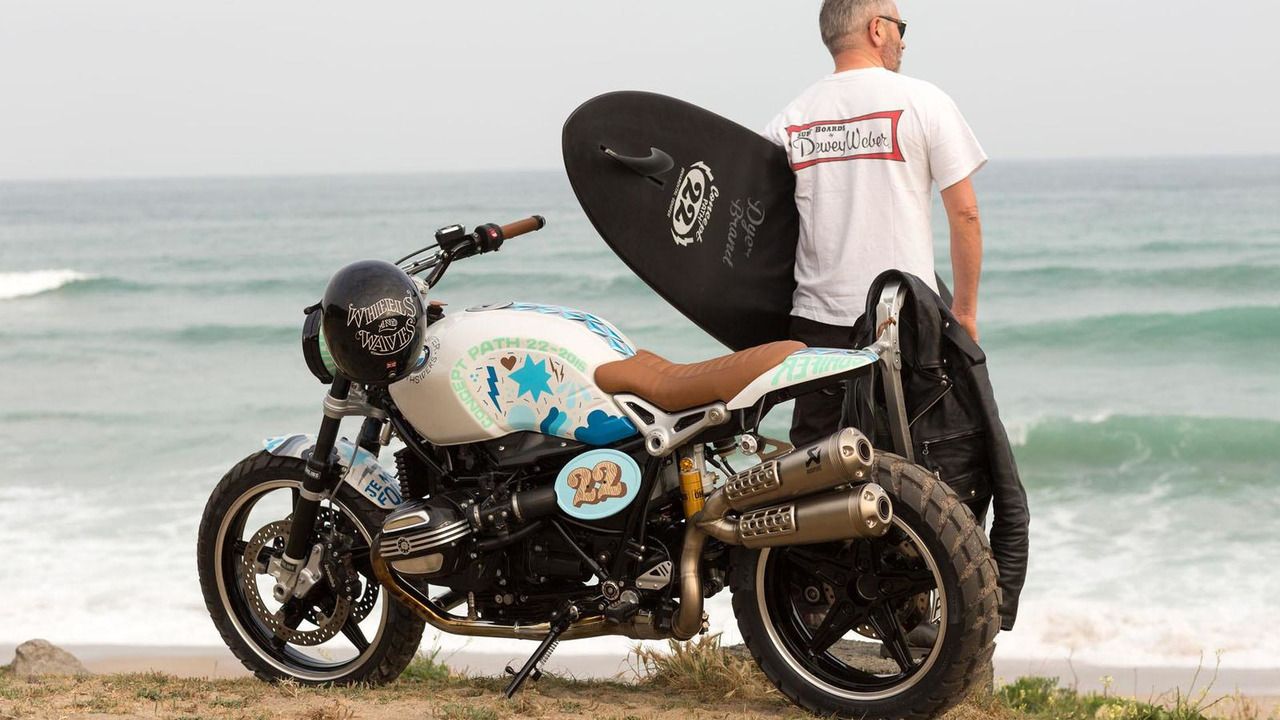 BMW has taken the wraps off their Path 22 concept.

BMW has taken the wraps off their Path 22 concept.

Set to debut at the Wheels & Waves Festival, the Path 22 is based on the R nineT and is described as the company's take on a "scrambler."  As such, the bike has equipped with a revised suspension and milled aluminum wheels with meaty tires.

The motorcycle also has stainless steel Akrapovic tailpipes, a leather seat and turn signals integrated into the handlebar ends.  Other notable highlights include artwork by Ornamental Conifer (aka Nico Sclater) and two customs surfboards created by Mason Dyer.  The boards are mounted onto a specially-designed surfboard holder which can be folded or dismounted when not in use.