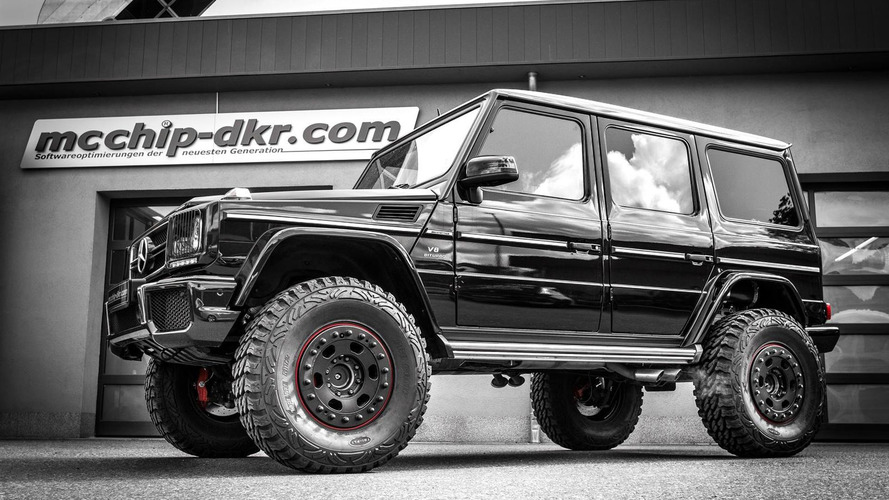 The German tuners at mcchip-dkr have turned the Mercedes-Benz G63 AMG into the ultimate 810 PS off-roader.

The German tuners at mcchip-dkr have turned the Mercedes-Benz G63 AMG into the ultimate 810 PS off-roader.

Mercedes-Benz is ready to pull the plug on the ridiculously awesome G63 AMG 6x6 and replace it with a less bonkers G500 4x4². This new model has probably fueled the imagination of mcchip-dkr's tuners who took a G63 AMG and jacked up its ground clearance by 15 cm and made it 12 cm wider at each side. It now sits on 18-inch wheels wrapped around in 37/15/18 off-road tires and has received a KW DDC chassis setup.

Thanks to these upgrades, top speed has increased from the electronically-limited 130 mph (210 km/h) to 142 mph (229 km/h) and this power bump has commanded a stronger set of brakes provided by MOV'IT.

Gallery: Mercedes-Benz G63 AMG raised by 15 cm and dialed to 810 PS by mcchip-dkr