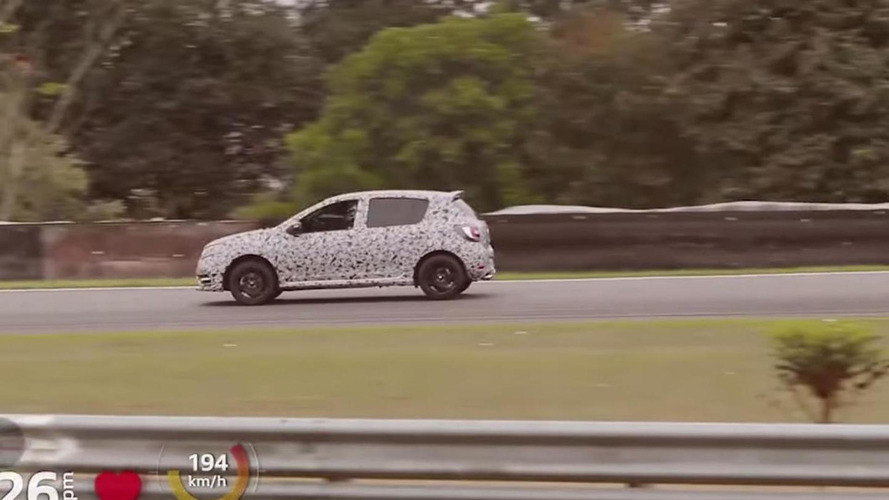 Renault has released yet another teaser video with the Sandero RS hot hatchback.

Renault has released yet another teaser video with the Sandero RS hot hatchback.

First model developed by Renaultsport outside Europe, the higher performance Sandero supermini is back in a new teaser clip stretching out on track. One of the drivers managed to reach 194 km/h (120 mph) but we don't know for sure whether the production version will be able to do this taking into account this prototype had a stripped out interior cabin so it was obviously much lighter as it didn't even have rear seats.

The Renault Sandero RS is expected to use an uprated 2.0-liter 4-cylinder normally aspirated engine from the Duster (BR-spec) developing approximately 143 bhp (107 kW) channeled to the front axle through a six-speed manual gearbox.

Renault has been playing the teasing game for several weeks so hopefully they are just about ready to unveil the Sandero RS, a model developed exclusively for Latin America.