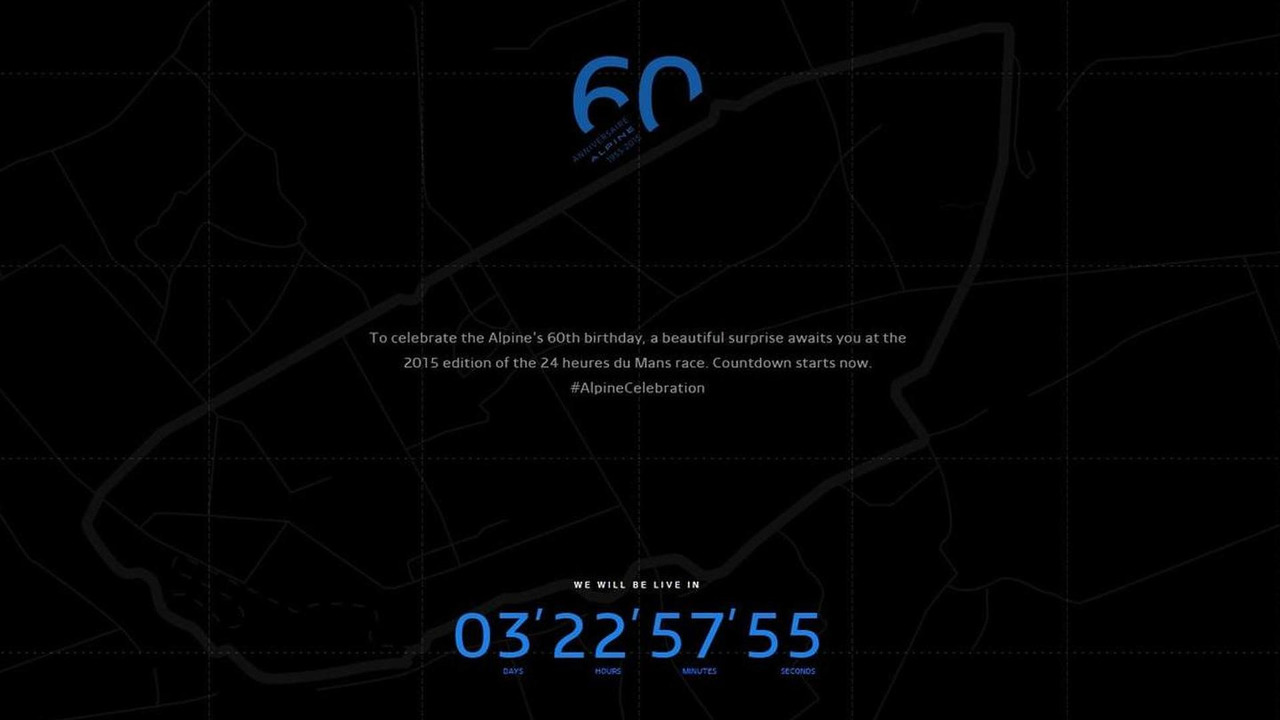 Renault has started a countdown until the official release of an Alpine-related "beautiful surprise" on Saturday.

Renault has started a countdown until the official release of an Alpine-related "beautiful surprise" on Saturday.

To celebrate the 60th anniversary of the Alpine, Renault is expected to show a near-production concept of a sportscar programmed to go on sale sometime in 2016 with the legendary moniker. It will be part of a new lineup of Alpine-branded vehicles and could be sold without the diamond logo.

Tentatively called AS1 (Alpine Sport 1), the vehicle started life as a joint venture with Caterham but even though the collaboration between the two ended some time ago, both automakers are still working on their own versions. The AS1 is estimated to cost €30,000 for the base model and go up to €35,000 for the fully-loaded version and will be assembled in northern France at the Dieppe factory.

We don't know for sure what will power the AS1, but the rumor mill points to a four-cylinder, 1.6-liter turbocharged gasoline engine with as much as 250 bhp (186 kW). It might not sound overly impressive, but the vehicle is expected to weigh just 1,100 kg (2,425 lbs) so it should turn out to be pretty fast.

More official details will be disclosed on Saturday when the successor of the A110-50 concept will be unveiled at Le Mans.