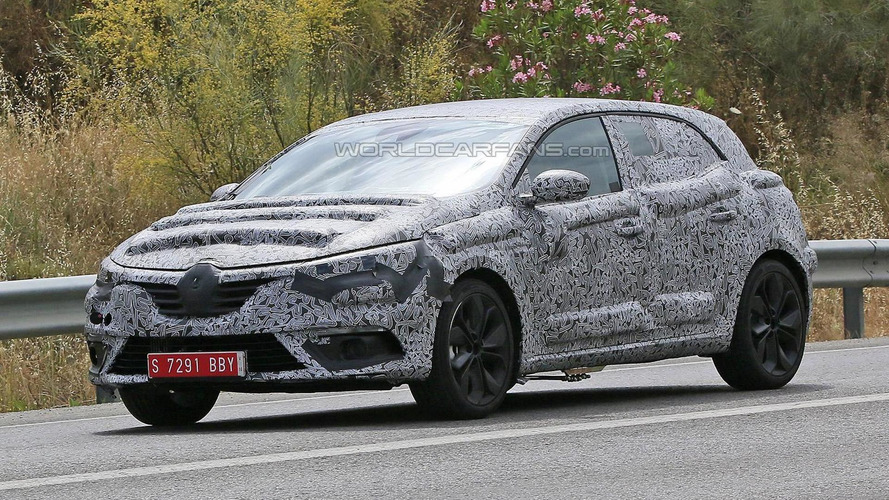 Our spies have sent us another batch of images with a fully camouflaged prototype of the fourth generation Renault Megane.

Our spies have sent us another batch of images with a fully camouflaged prototype of the fourth generation Renault Megane.

After about seven years on the market, Renault is almost ready to discontinue the aging Megane and replace it with a much sleeker model using the CMF platform co-developed with Nissan. Despite wearing extensive disguise, it's easy to notice the new French compact hatchback will look significantly sportier than the outgoing model and should have some styling cues from the Clio and Espace.

Engine lineup will include familiar gasoline units such as the turbocharged 1.2 and 1.6 TCe along with the usual crop of diesels including a 1.5 dCi and a 1.6 dCi. These could be updated to be less thirsty and develop more power and should be matched with a lighter body thanks to the new architecture.

Renault has already confirmed the overhauled Megane will make a public debut in September at the Frankfurt Motor Show so it should go on sale before the end of the year. Chances are the wagon version will be introduced several months later, possibly in March 2016 at the Geneva Motor Show.

Before showing the new Megane, Renault will introduce on July 6 a replacement for both the Laguna and Latitude.