Mercedes-Benz is preparing the CLE-Class to replace the coupe and convertible versions of the C- and E-Class is its future lineup. These spy shots catch the droptop version's development, and the photos are our first look at it doing cold-weather testing.

Mercedes continues to keep it under heavy camouflage. The headlights are fake, and there is a full covering over the front end to hide the design of the grille and lower fascia. Plus, there are extra panels on places like the hood to distort the exterior design. Similarly, the taillights are just placeholders on this vehicle.

Despite the camouflage, you can get an idea of the general proportions for the CLE-Class. It has a fairly long nose and short rear deck to provide a sleek appearance in silhouette. The passenger space looks large enough to accept four people comfortably, though.

The model's size is reportedly between the C-Class and E-Class coupes, which you'd expect since the CLE is replacing them. It rides on the MRA-2 platform. Mercedes allegedly plans only to build two-door variants of the CLE.

Here Are Renderings Of How The CLE-Class Might Look: 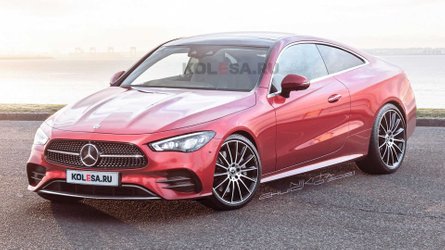 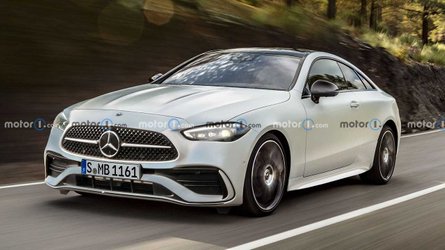 There are no spy shots of the CLE's interior yet. Judging by the C- and S-Class that ride on the MRA-2 platform, there should be big screens for the instrument cluster and infotainment screen and lots of cutting-edge safety assistance tech.

Powertrain details for these models are still a mystery. The vehicles' location in the lineup means that they likely share engines with the C- and E-Class. Rear- and all-wheel-drive layouts would be available.

Expect the CLE-Class to debut later this year and be on sale for the 2023 model year. There are reports that the convertible might arrive a few months before the coupe. We are expecting to see a whole lot more of these vehicles testing prior to the unveiling.