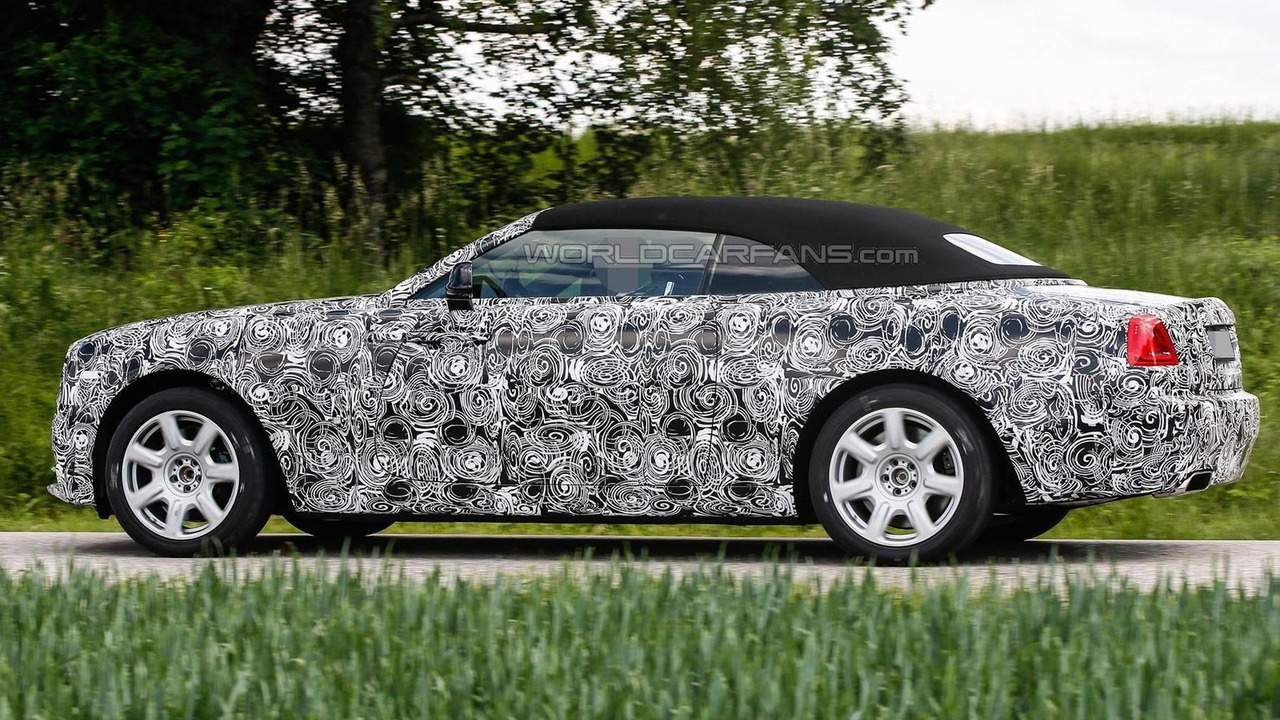 We have received another batch of spy images with the Rolls-Royce Dawn undergoing testing on public roads.

We have received another batch of spy images with the Rolls-Royce Dawn undergoing testing on public roads.

Announced almost a month ago, the open-top version of the Wraith coupe will start hitting Rolls-Royce dealerships at the beginning of next year at a price tag higher than its fixed roof sibling which in Europe costs €245,000. The camouflage on this prototype is a bit pointless taking into account the Dawn will have virtually the same body as the Wraith, with the obvious exception of the roof which will make the transition from metal to fabric and will be electrically retractable.

The company's CEO Torsten Mueller-Oetvoes previously described the Dawn as a "beautiful new open-top motor car with a name that suggests the fresh opportunities that every new day holds – an awakening, an opening up of one's senses and a burst of sunshine."

Gallery: Rolls-Royce Dawn spied up close and personal with the roof up