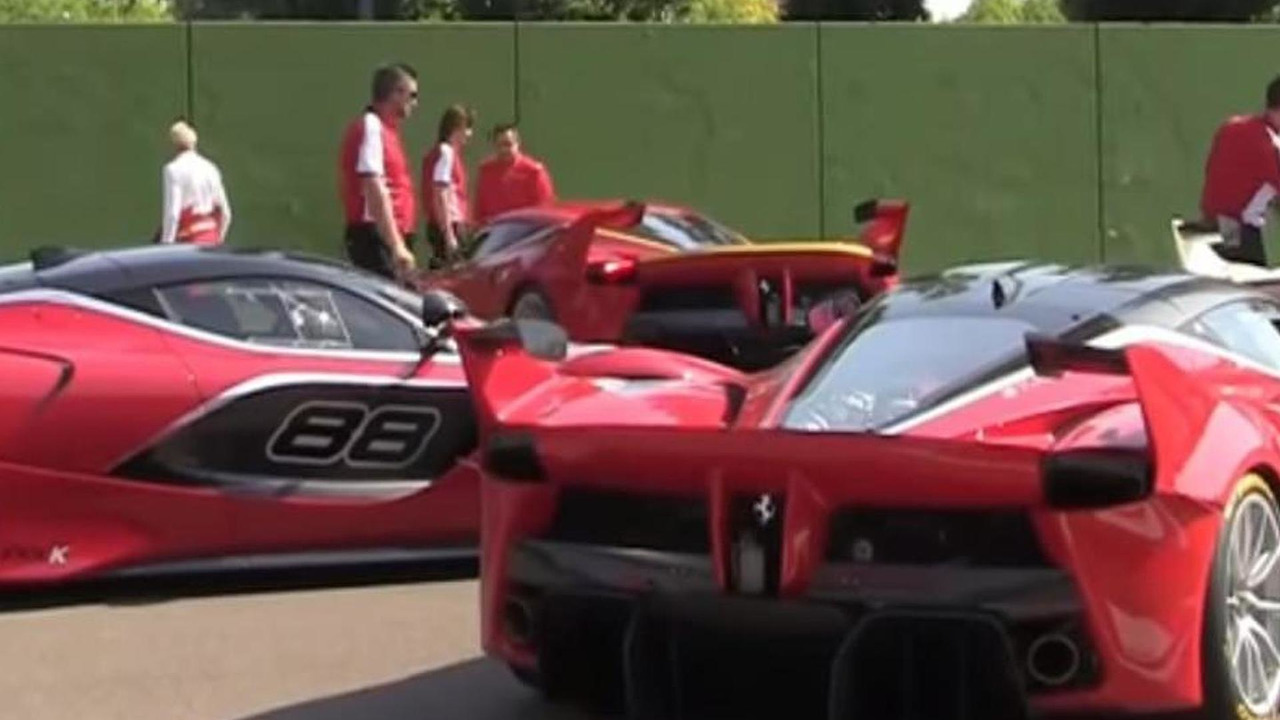 No less than four Ferrari FXX K track-only supercars have been filmed stretching out at Imola.

No less than four Ferrari FXX K track-only supercars have been filmed stretching out at Imola.

These represent 10% of the total production output established by Ferrari as the company has previously mentioned only 40 units will be made. It's being described as a standalone model rather than a hardcore track version of the LaFerrari and all of them have been pre-sold for €2.5 million a pop. Three of the cars seen here wear a regular red livery while the fourth one adopts a more striking white hue and we know there's a black FXX K with pink accents on its way to a Chinese customer.

With a combined output of 1,050 PS (772 kW), the FXX K is Maranello's alternative to the McLaren P1 GTR and the Aston Martin Vulcan. FXX K product marketing director Nicola Boari has already suggested an even more intense FXX K Evo will likely be introduced in the future so obviously it will have even more power wrapped around in a lighter package.