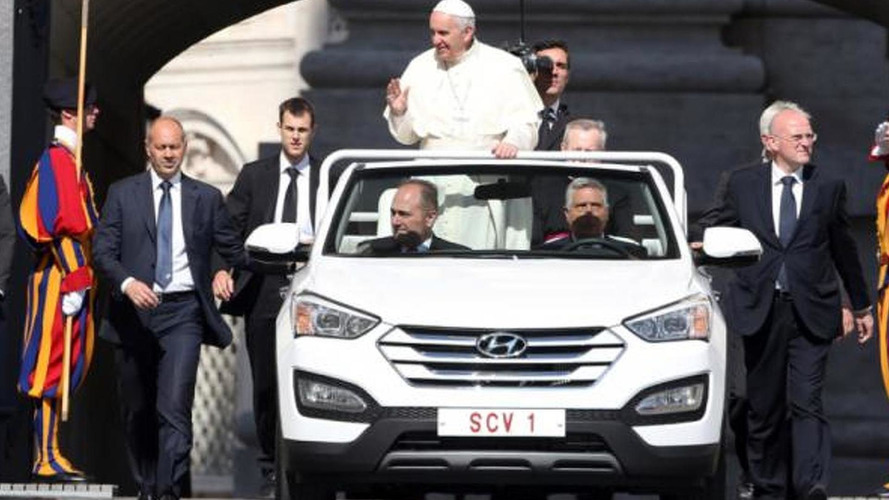 The latest Popemobile is a specially made Hyundai Santa Fe turned into a convertible.

The latest Popemobile is a specially made Hyundai Santa Fe turned into a convertible.

Pope Francis made its appearance earlier this week in St. Peter's Square during the weekly general audience in a Hyundai Santa Fe Convertible specifically built to act as the new Popemobile. Compared to previous Popemobiles, this one sits a bit lower and was preferred over the previous crop of Mercedes-Benz models because it's narrower which makes it easier to maneuver when making tight turns or travelling on a narrow road.

It has two seats in the front and three at the back, with the rear passengers getting out of the vehicle by using the side door which has a retractable step. The vehicle is based on the pre-facelift Santa Fe and is equipped with a standard four-cylinder 2.2-liter CRDi turbodiesel engine and as you can see there's no glass bulletproof enclosure to protect Pope Francis.

This will likely remain as a one-off as Hyundai doesn’t plan to fill in the void left by the slow-selling Nissan Murano CrossCabriolet.