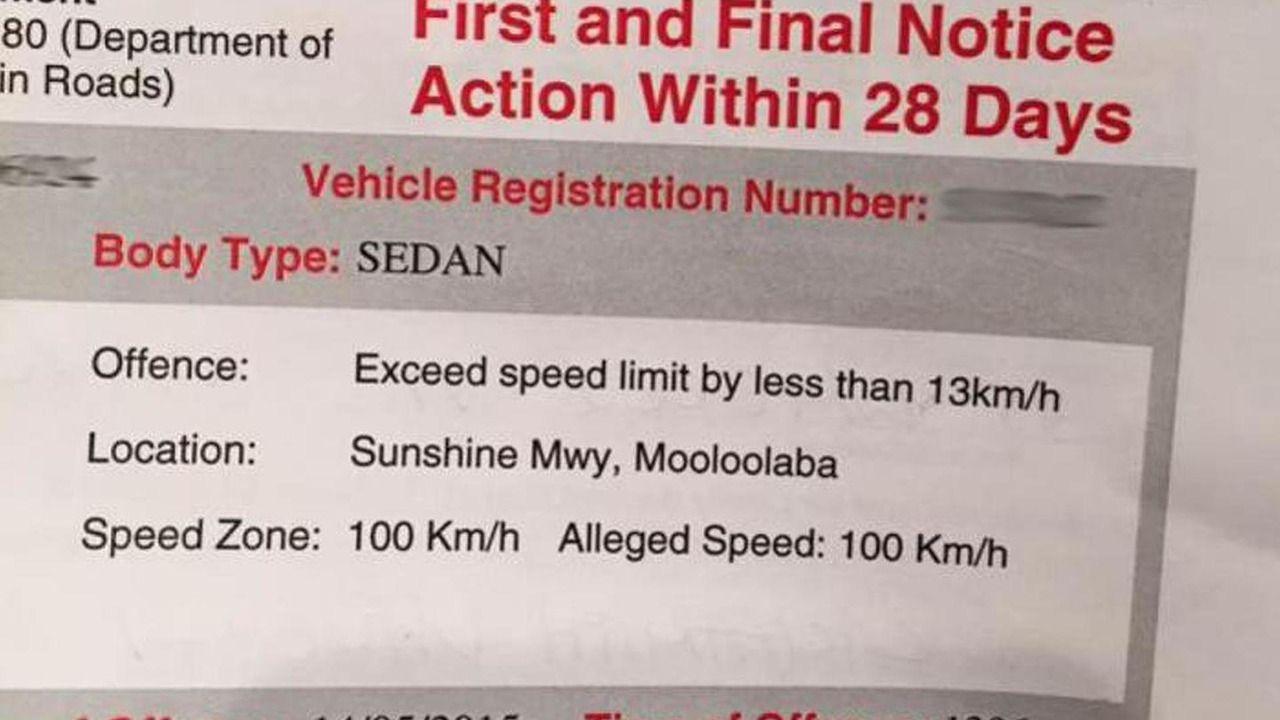 It happened to a man from Australia who was driving to work on the Sunshine Motorway near Brisbane, Queensland. He was behind the wheel of his father’s car on May 14 when the speed camera "caught" him doing 100 km/h in a 100 km/h area.

The $151 fine came in this week and the driver decided to share a photo of it on Facebook. It went viral right away and unsurprisingly the Queensland Police Service decided to erase the speeding fine and label the incident as an "administrative error". Another driver was the victim of the same mistake caused after "an error occurred during the manual adjudication processes, where these records were not identified and rejected as per standard practice and subsequently two notices were issued to the registered owners of the vehicles."