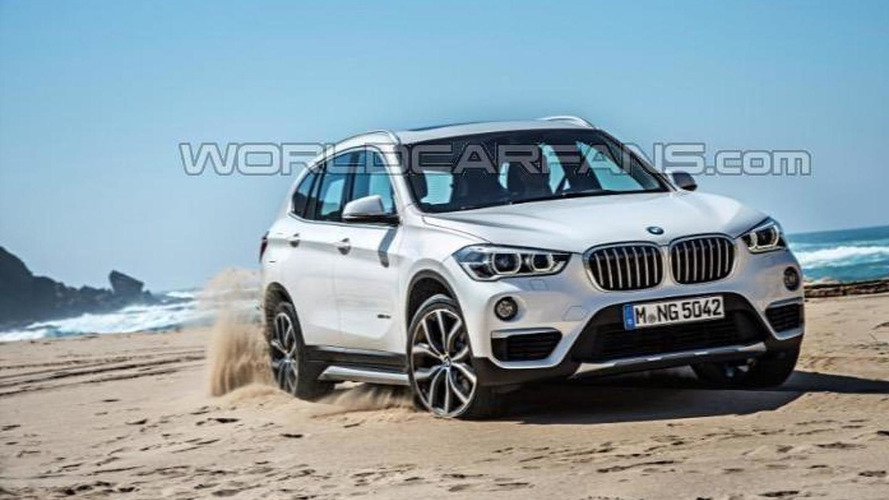 The 2016 BMW X1 has leaked to the web, ahead of its official debut later tonight.

The 2016 BMW X1 has leaked to the web, ahead of its official debut later tonight.

Set to go on sale later this year, the redesigned X1 has a sportier front bumper and a prominent grille that is flanked by slender headlights.  Moving further back, we can see plastic body cladding, a dynamic greenhouse and a gently sloping roofline.  Other notable highlights include a tailgate-mounted spoiler and wraparound taillights.

The interior is a little dull but features a three-spoke steering wheel, metallic accents and a freestanding infotainment system.  The model also has an assortment of wood and aluminum trim as well as gloss black accents on the center console.  Detailed specifications will be released shortly but the model is slated to feature adjustable rear seats that can travel up to 13cm front to back.

Under the hood, there will be a variety of engines petrol and diesel engines including:

Shortly after launch, BMW will introduce two entry-level sDrive variants that have a turbocharged 1.5-liter engine.

All-wheel drive will offered on a number of the aforementioned variants but, since the model rides on the UKL platform, sDrive models will have front-wheel drive.

Thanks to Bernardo for the tip!