The Audi isn't stock, but neither is the bug.

An Audi RS3 drag racing a Volkswagen Beetle seems like an extremely lopsided match-up. We're not even talking about a newer Beetle with a turbocharged engine. This quarter-mile contest sees a classic Bug racing a modern RS3, and the Audi is modded to boot.

But we've seen white VW Beetles upset the underdog before. Heck, Disney made a bunch of movies about it. For the younger readers out there, make sure you educate yourself on everything relating to Herbie, the heroic number 53 Beetle with racing stripes that conquered everything from stage rally to NASCAR. The Beetle in this video from Drag Racing And Car Stuff on YouTube doesn't have stripes, but just maybe it's Herbie in disguise. 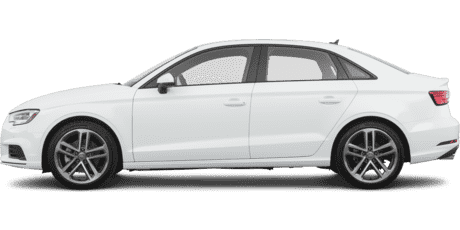 Unfortunately, we don't know anything about the cars other than what you see in the video. Clearly, neither is remotely close to stock as we're pretty sure we heard turbo whistle coming from both. We can tell you the track is Gainsville Raceway in Florida, so the racing takes place in a dense, oxygen-rich atmosphere at low altitude.

The Audi side steps the water box, and why not? With all-wheel drive and a Beetle in the next lane, there's no need to heat up the tires with a burnout, or even give them a test hit. But that's when Herbie starts to speak up a little with a modest burnout, and it's also when the freaking wheelie bar comes into view. We suspect the Audi driver saw it too, because the RS3 backs up and lays down a test hit after all.

We aren't going to spoil the ending of this video. In a normal world, an old VW Beetle wouldn't be in the same universe as this RS3 on a track. But this is Herbie's world, and when the light goes green the Bug gets mean. Total respect to the Audi, because that five-cylinder engine sounds glorious. We'll just say this much – despite an all-wheel-drive advantage, the Beetle pulls a car on the RS3 at the launch. And both cars run a 10-second quarter mile.

Sit back and enjoy this side-by-side race.