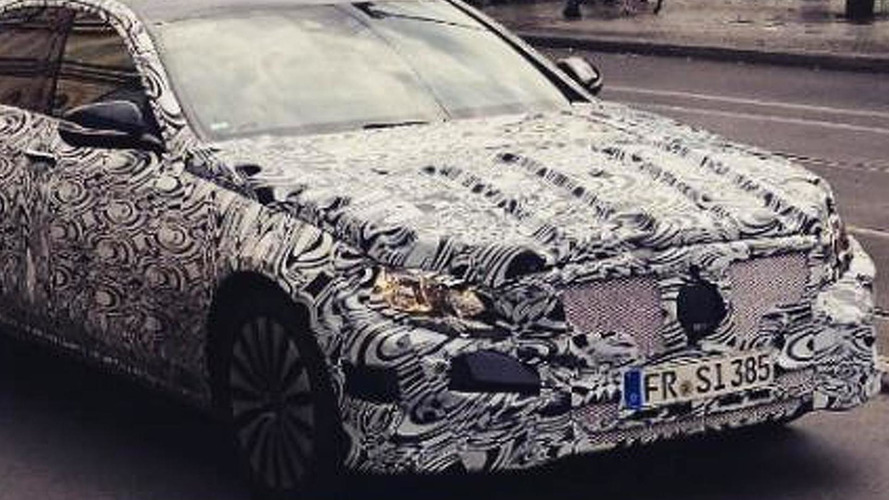 Mercedes-Benz continues testing on the next-gen E-Class W213 as a fully camouflaged prototype was spotted recently in Prague.

Mercedes-Benz continues testing on the next-gen E-Class W213 as a fully camouflaged prototype was spotted recently in Prague, Czech Republic.

This appears to be an early prototype as it doesn't come with the production taillights, but at least the spy shots allow us to see the mid-size sedan's proportions while in terms of design will look more or less like a smaller S-Class (or bigger C-Class). Mercedes-Benz will use the MRA platform which is expected to bring a significant 150 kg (330 lbs) weight loss compared to the outgoing model that was massively facelifted late 2012.

The latest report states an official debut will occur in January 2016 at NAIAS where Mercedes-Benz is expected to bring the standard sedan which will be followed by the wagon, a long wheelbase sedan, coupe and cabriolet while a next-gen CLS is also in the works.

We've been hearing rumors about a straight-six 2.9-liter twin turbodiesel engine set to be offered on the new E-Class with 313 bhp (233 kW). The Daimler-owned company is working on e-turbo technology and apparently it will be implemented in a quad turbo version (with two e-turbos) of the same engine that will develop more than 400 bhp (298 kW).

Following its debut in January next year, the all-new E-Class will go on sale in the first half of 2016 and should be offered with optional autonomous driving technology.