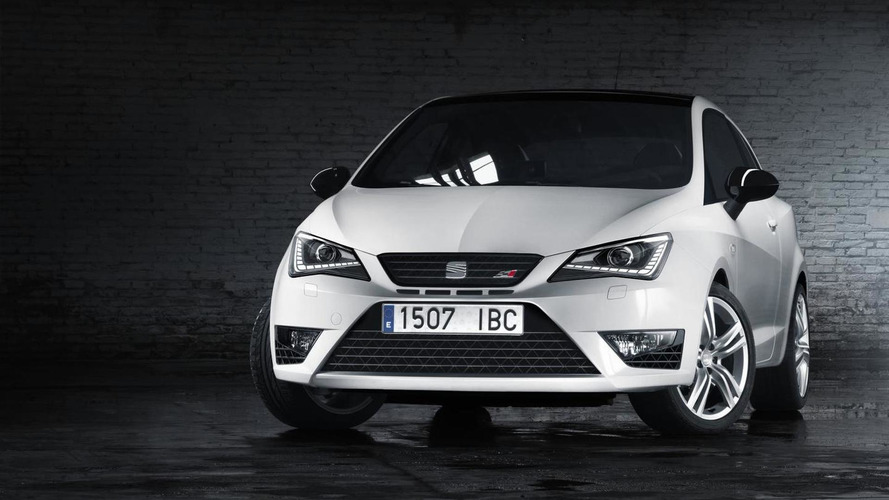 SEAT has announced the upcoming Ibiza CUPRA facelift will be powered by a four-cylinder, 1.8 TSI engine.

SEAT has announced the upcoming Ibiza CUPRA facelift will be powered by a four-cylinder, 1.8 TSI engine.

The Spanish marque recently applied a mild facelift on its Ibiza supermini but they didn't show the range-topping CUPRA version which will be unveiled later this year. Aside from receiving a small array of cosmetic tweaks, the hot hatch will drop the 180 PS & 250 Nm 1.4 TSI engine to make room for a 1.8 TSI, just like Volkswagen did with the facelifted Polo GTI which offers 192 PS (141 kW) and 320 Nm (236 lb-ft) of torque.

It's not known at this point how much power the 1.8 TSI inside the revised Ibiza CUPRA will deliver, but apparently it could have a higher output according to Autocar. They got in touch with the company's director of whole vehicle engineering and chassis development Sven Schawe who said SEAT is currently negotiating with VW regarding the final output figures of the model.

The SEAT Ibiza CUPRA facelift will be introduced before the end of the year and will get the Polo GTI facelift's six-speed manual transmission.