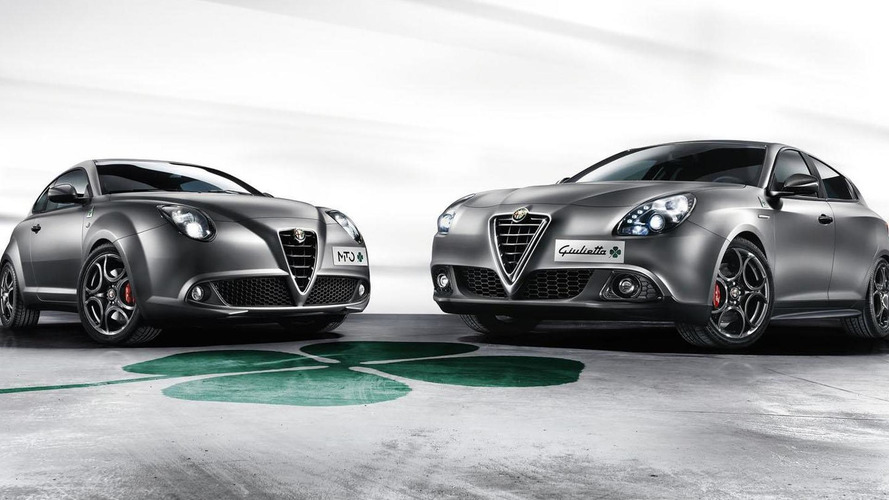 Dutch media is reporting Alfa Romeo will stop using the Quadrifoglio Verde (QV) designation on the Giulietta and MiTo models.

Dutch media is reporting Alfa Romeo will stop using the Quadrifoglio Verde (QV) designation on the Giulietta and MiTo models.

FCA is just about ready to resuscitate Alfa Romeo and aside from introducing the all-new Giulia mid-size sedan, the legendary Italian marque will also make some changes to its current models as the higher specification Giulietta and MiTo versions sold so far with the Quadrifoglio Verde suffix will be renamed Veloce.

This decision has been taken because Alfa Romeo wants to reserve the QV moniker for the truly hot derivative of a model. The QV badge could be used next time for a range-topping Giulia version which upon until now was tentatively referred to as the Giulia GTA. The model in question is apparently getting a V6 3.0-liter twin-turbo engine delivering between 480 - 520 bhp (358 - 387 kW).

All that power will be sent to the rear axle through a dual-clutch transmission and a limited-slip differential, enabling the Giulia QV to hit 62 mph (100 km/h) in less than four seconds, although this honestly sounds too good to be true.

The regular Alfa Romeo Giulia (name not confirmed) will be officially unveiled on June 24.