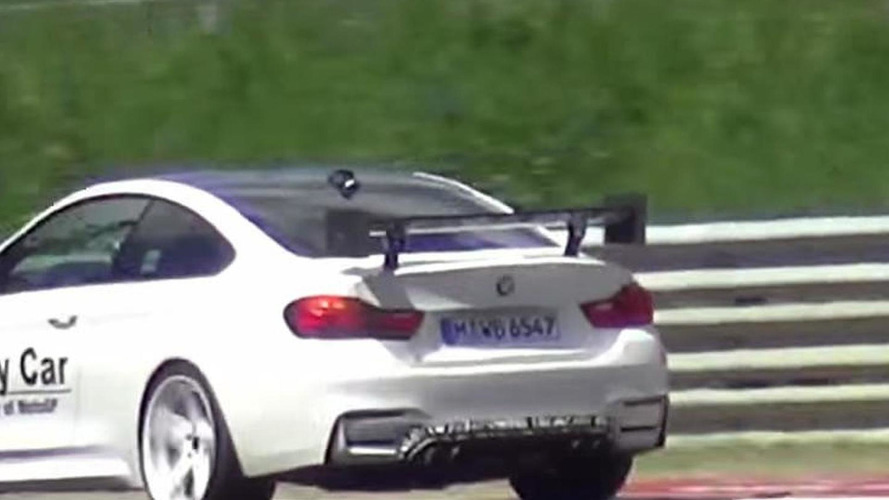 The 2016 BMW M4 GTS has been caught on camera stretching out on the Nordschleife.

The 2016 BMW M4 GTS has been caught on camera stretching out on the Nordschleife.

Following an online appearance in BMW's U.S. dealership ordering system , the M4 GTS Coupe has returned in a new spy video on the Green Hell but this time it was carrying a significantly larger rear wing compared to what we have seen in previous spy photos and videos. The model is believed to come as standard with carbon ceramic brakes and a dual-clutch gearbox once it goes on sale next year.

A considerable weight loss is planned for the M4 GTS Coupe as BMW will remove the rear bench while in the front there will be ultra-lightweight carbon fiber bucket seats. Also expect to see a few carbon fiber bits and pieces, laser headlights and OLED taillights, but BMW has not confirmed the availability of these goodies just yet.

The weight loss totaling an estimated 220 lbs (100 kg) will be matched with an upgraded version of the 6-cylinder, 3.0-liter TwinTurbo engine which is bound to receive a water injection system from the M4 MotoGP Safety Car to boost output to as much as 500 PS (368 kW) and 600 Nm (443 lb-ft) of torque.

More power combined with less weight equals better performance so expect the M4 GTS to run the 0-62 mph (0-100 km/h) in less than 4 seconds taking into account the M4 Coupe needs 4.1 seconds with the dual-clutch gearbox and 4.3 seconds with the standard six-speed manual.

It is believed a concept of the BMW M4 GTS Coupe will be unveiled in August at Pebble Beach, with the production version coming sometime next year.