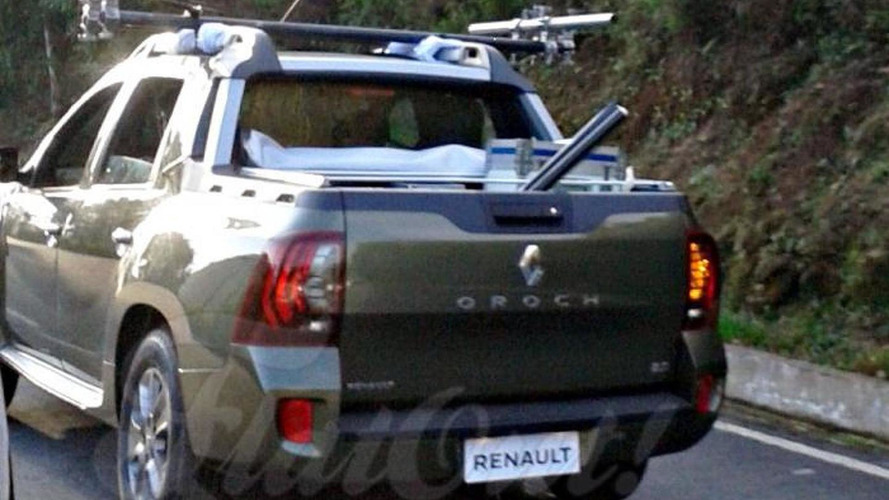 It was late October 2014 at the Sao Paulo Motor Show in Brazil where Dacia took the wraps off the Oroch concept and now it seems parent company Renault is just about ready to introduce a production version but with the diamond logo which makes sense taking into account Dacia models are sold in Brazil as Renaults. The attached pic was taken on the streets of Brazil where an undisguised near-production prototype was shooting an ad ahead of what will likely be an official introduction in the second half of the year.

Needless to say, the Renault Oroch will be based on the Duster and will carry over the normally aspirated 2.0-liter four-cylinder gasoline engine teamed up with a six-speed manual or a four-speed automatic, with optional all-wheel drive.

The aforementioned Dacia Oroch concept was pretty much production-ready so there are only some minor styling changes between the two. It's not known at this point whether Dacia will get a road-going version, but Romanian coachbuilder Romturingia is already offering a double cab pickup truck conversion for the Duster as seen in a set of images we posted earlier this week.