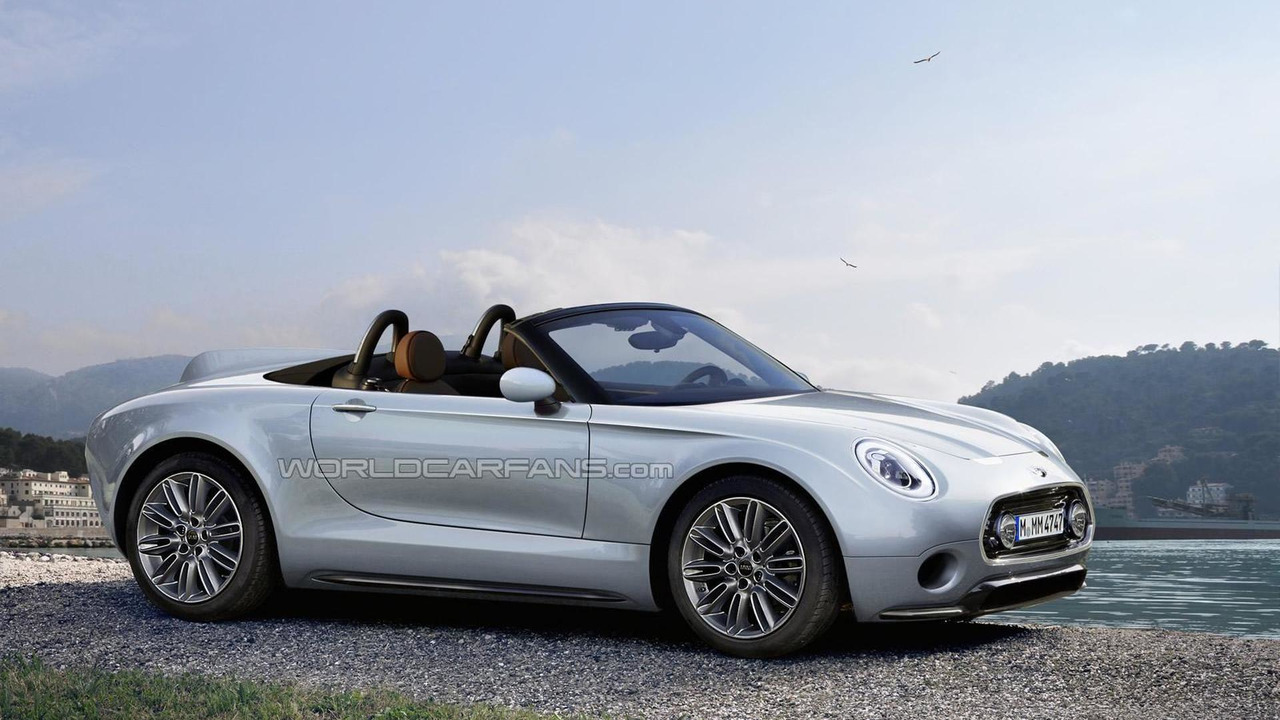 The MINI Superleggera Vision concept has made the transition to a production version thanks to a digital interpretation showing a possible look.

The MINI Superleggera Vision concept has made the transition to a production version thanks to a digital interpretation showing a possible look.

Ever since it was unveiled last year at the Concorso d'Eleganza Villa d'Este we've been hearing rumors about a production model and MINI even patented a roadster late 2014 which was inspired by the concept. The latest gossip indicates the BMW-owned company will actually introduce it sometime in 2018 and will be very close to the concept, albeit with some modifications necessary to make it road legal.

Seen here is a very possible design of the car which will probably receive a different moniker when it will hit dealerships. Based on the aforementioned patent designs, expect the production version to come with regular door handles, bigger and more rounded side mirrors, Union Jack-inspired taillights, along with a rear spoiler, soft top and a rear fin.

If indeed approved for production, the roadster will use the same platform as the other MINIs so it will be offered in both FWD and AWD guises and it will likely spawn S and JCW derivatives.