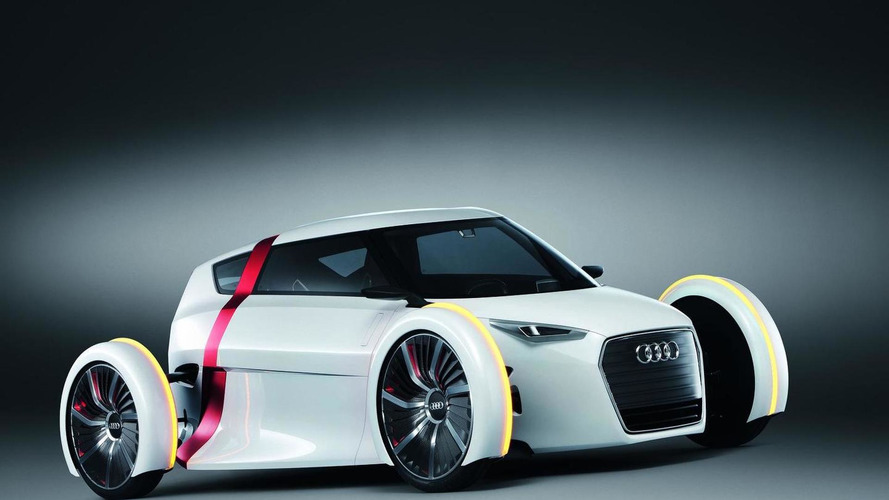 According to a recent report, Audi is developing a new city car to battle the the Mini Cooper and Fiat 500.

According to a recent report, Audi is developing a new city car to battle the the Mini Cooper and Fiat 500.

Details are limited but Automobile Magazine is reporting the model will be previewed by a new concept at the 2016 Paris Motor Show.  If it is eventually approved for production, is should arrive by 2020 in two- and four-door body styles.

Little is known about the car itself but the magazine says it could ride on a new architecture that is based on the MQB platform.  The model could also be offered with two three-cylinder engines including a petrol with 110 bhp (82 kW) and a diesel with 100 bhp (74 kW).  There could also be an electric variant that uses an 80 bhp (60 kW) or 120 bhp (90 kW) electric motor and has a range in excess of 125 miles (201 km).

Interestingly, there were plans for a high-performance variant that would use a Ducati-sourced 1.2-liter two-cylinder that develops 200 bhp (149 kW).  The model would reported be a two seat roadster in the same vein as the KTM X-Bow but it's fate remains unclear as it was reportedly a pet project of Ferdinand Piech who recently resigned his position as Volkswagen Group Chairman.