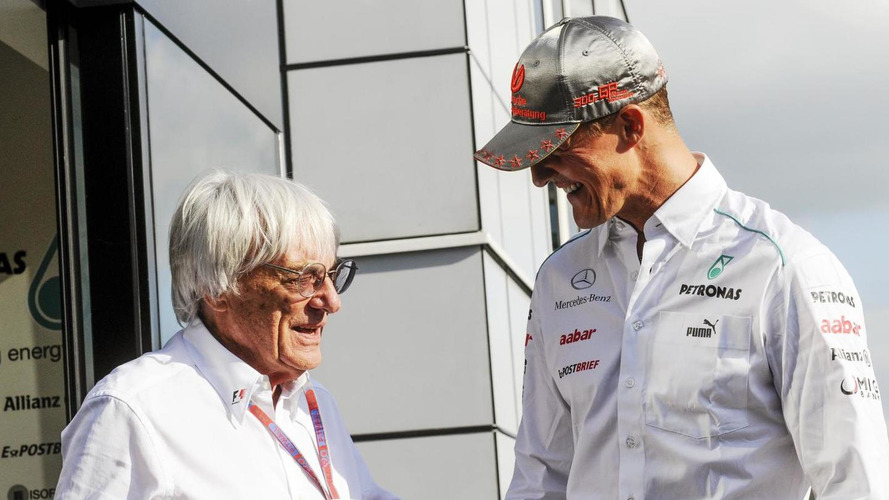 It was Michael Schumacher who kicked off the era of the \'modern driver\'.That is the view of F1 supremo Bernie Ecclestone, following his widely-published comments about Nico Rosberg not being as \'go

It was Michael Schumacher who kicked off the era of the 'modern driver'.

That is the view of F1 supremo Bernie Ecclestone, following his widely-published comments about Nico Rosberg not being as 'good for business' as the more flamboyant Lewis Hamilton.

Indeed, Hamilton's latest press coverage is expected to thrill the 84-year-old Briton, as Bild reports that the reigning world champion may now be dating the American fashion model Gigi Hadid.

"Bernie has always criticised those who are not like Lewis," the Mercedes driver is quoted by Italy's Autosprint.

"Bernie has the commercial rights and so to make the show more attractive it is logical how he would like the drivers to behave," Rosberg added.

In an interview with French broadcaster Canal Plus, Ecclestone traced the birth of the blander 'modern driver' back to the great seven time world champion Schumacher.

"I have to be careful with my words," said the F1 chief executive. "The only great personality now is Lewis Hamilton.

"Drivers can no longer express their thoughts as openly as you did. You could say anything without thinking if it was going to upset someone. But at least we knew what you thought!

"Things began to change in the era of Michael Schumacher," said Ecclestone.

"Because he didn't want to give interviews, he recorded something. I don't blame him, because nobody asks good questions - it's always the same banal stuff."

Far from banal so far, however, has been the personality of Ferrari's new boss Maurizio Arrivabene, but Ecclestone was even critical of the Italian.

Arrivabene hit back: "If he really thinks that, perhaps he will take my paddock pass away in the morning.

"I will not change my attitude because he expects something different," the Ferrari chief insisted.
++Share