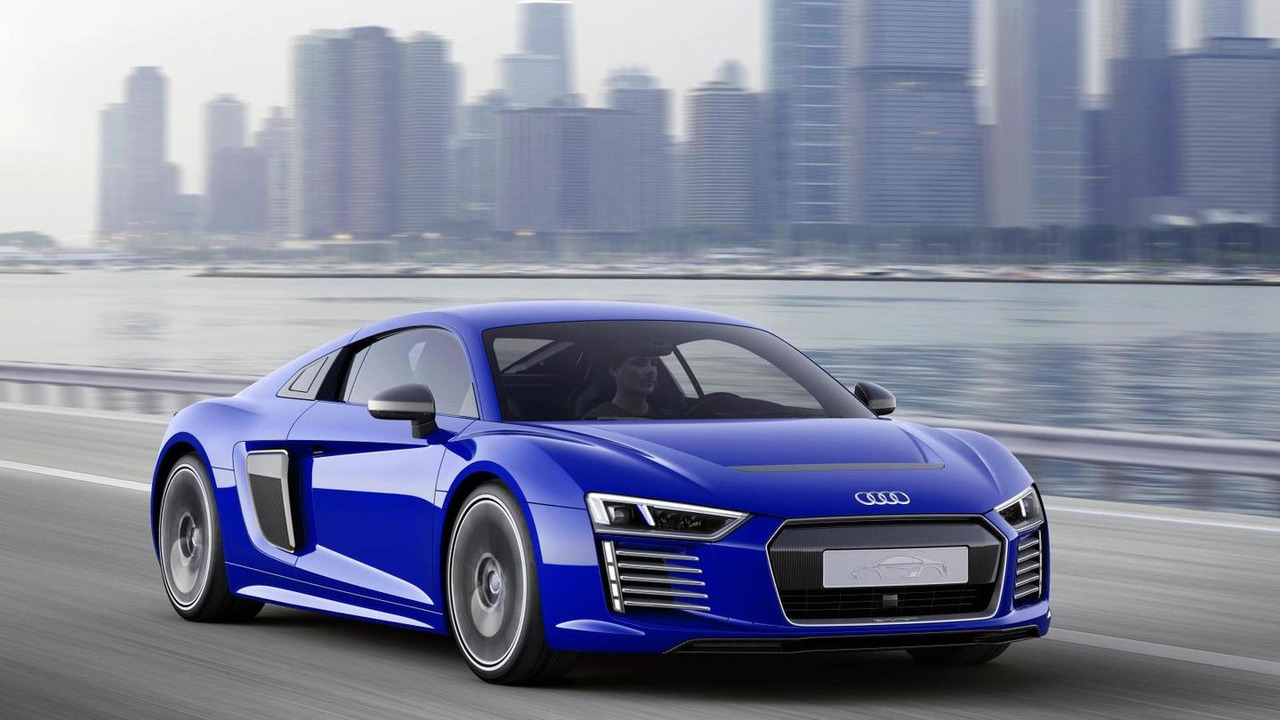 Audi has taken the wraps off the R8 e-tron piloted driving concept at the 2015 CES Asia in Shanghai.

Audi’s third autonomous concept car is based on the all-electric R8 e-tron and features the same 462 PS (340 kW) and 920 Nm (679 lb-ft) electric motor, providing a 0-100 km/h (0-62 mph) sprint in 3.9 seconds. The German company explains it will be “introducing technologies into production which will handle the task of driving in certain situations, at the request of the driver” in the next two years.

Using data acquired from the interplay of an array of sensors, a new type of laser scanner, several video cameras, ultrasonic sensors and radar sensors, the central driver assistance control unit (zFAS) of the study generates “a comprehensive picture of the vehicle’s environment”.

The R8 e-tron piloted driving provides an electric range of 450 km (279.6 miles). It is equipped with the Combined Charging System (CCS), which allows charging with direct and alternating current. Thanks to this system, the car can be fully charged in “significantly less than two hours.”