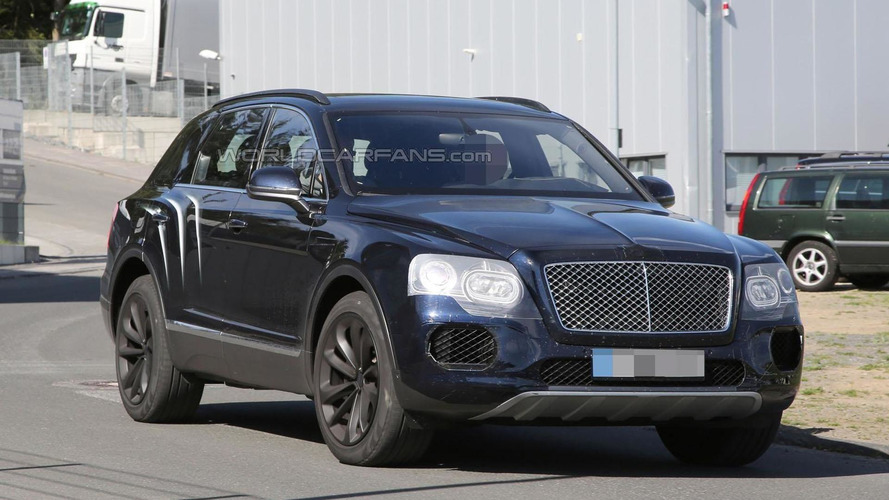 The Bentley Bentayga has been spied putting in a few laps at the Nürburgring Nordschleife.

The Bentley Bentayga has been spied putting in a few laps at the Nürburgring Nordschleife.

While the crossover isn't particularly graceful, it's doubtful that owners of the upcoming luxury vehicle will ever attempt to tackle the Green Hell.  Of course, if they do, they've have plenty of power on tap as the model is expected to be offered with a twin-turbo 4.0-liter V8 engine as well as a new twin-turbo 6.0-liter W12 TSI that produces 608 PS (600 bhp / 447 kW) and 900 Nm (663 lb-ft) of torque.  A plug-in hybrid variant should also be available sometime in 2017.

Putting the performance specifications aside for the moment, the Bentayga has a controversial exterior which a number of readers have criticized for being too bland.  Regardless of where your opinion lies, the model has a familiar front fascia with a prominent grille that is flanked by four circular lighting units. The crossover also has a front skid plate, plastic body cladding and a dual exhaust system.  Buyers will also be treated to upscale interior that boasts premium leather upholstery, wood trim and a digital instrument cluster - among other things.