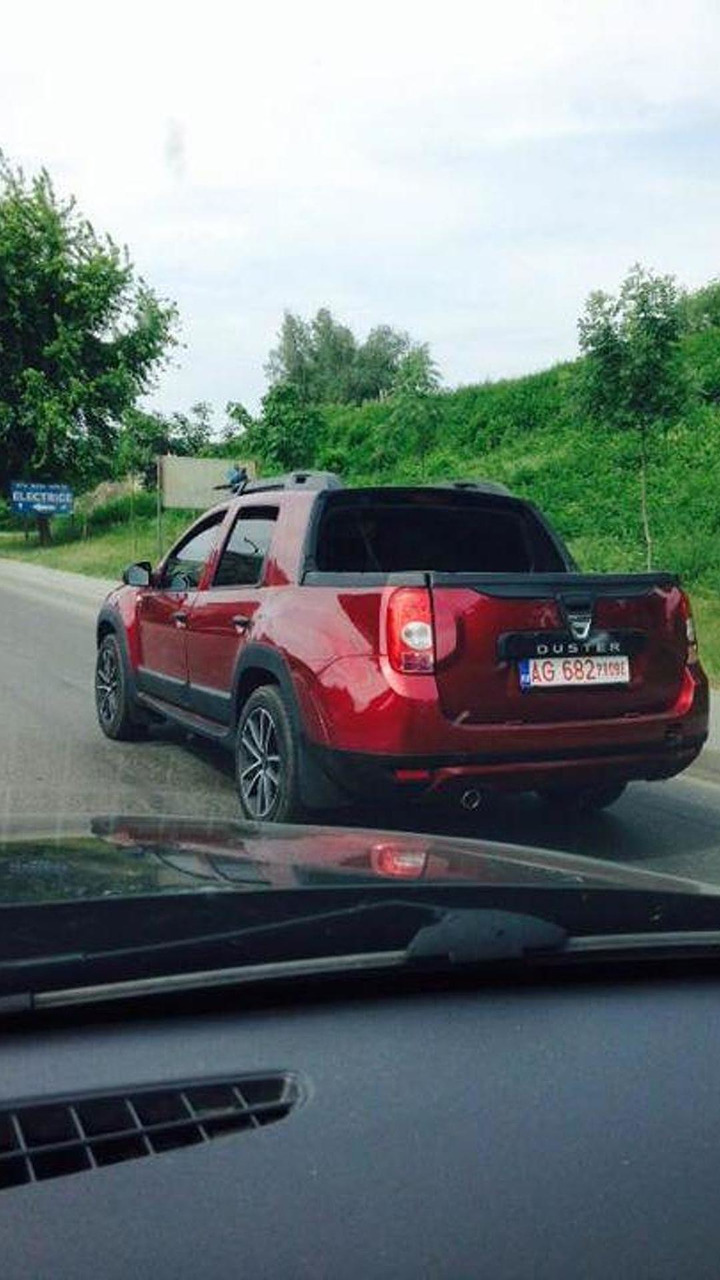 An undisguised prototype of a Dacia Duster Double Cab pickup has been caught on camera testing in Romania.

An undisguised prototype of a Dacia Duster Double Cab pickup has been caught on camera testing in Romania.

Back in August last year, a Duster Single Cab was spotted testing and now its four-door sibling was spotted on public roads. It's not known at this point whether these two pickup versions of the Duster SUV are made by Dacia or are conversions developed by Romanian coachbuilder Romturingia in collaboration with Renault Technologie Roumanie.

Chances are Dacia is indeed planning to expand the Duster's portfolio with pickup versions such as this one which features black plastic cladding and unique alloy wheels. The angle of this photo is not the best, but it seems the prototype has a slightly lower suspension and has fully black tinted rear and side windows.

Most likely we will see the Dacia Duster Single Cab and Double Cab pickups in September at the Frankfurt Motor Show.