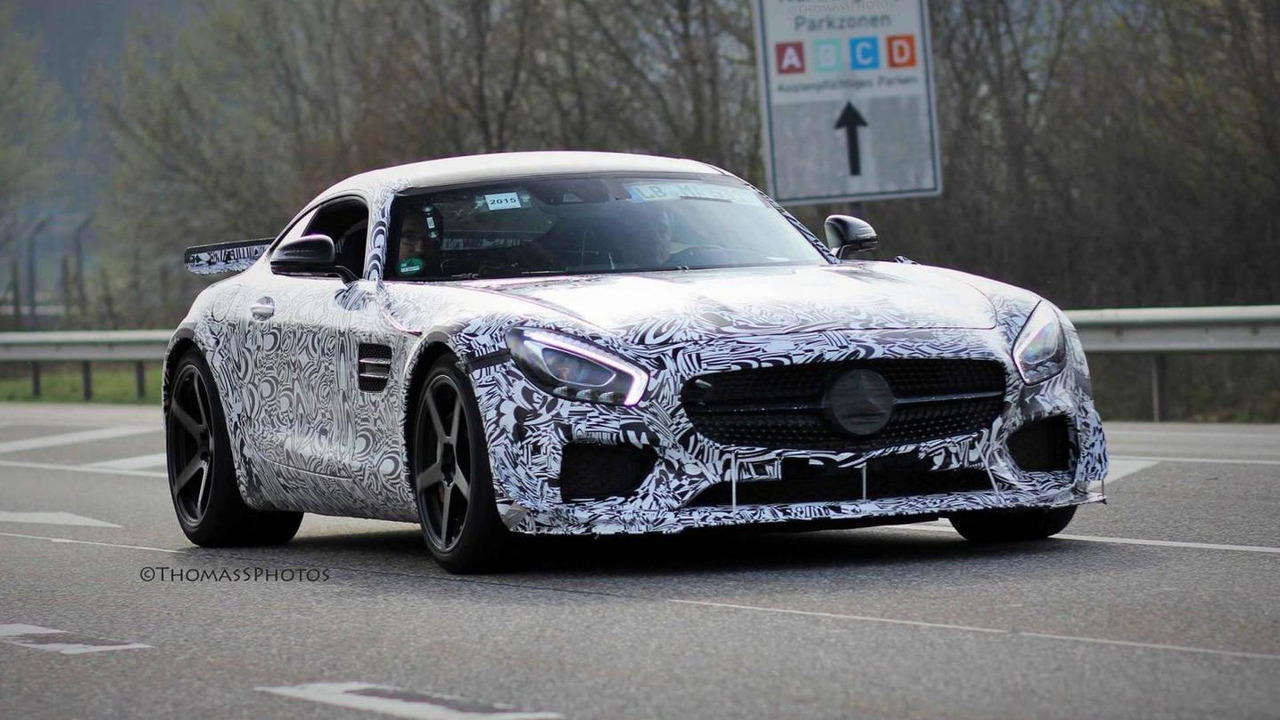 A Mercedes-AMG GT prototype has been snapped testing at the Nurburgring.

The mysterious high-performance version of the model is back again, featuring the same aggressive aerodynamic body kit, but this time equipped with different wheels. The package includes a front splitter, canards, a rear wing and probably a modified rear bumper.

There’s still not much to report on that model, but AMG CEO Tobias Moers has previously said a “nice” variant of the AMG GT is in the works and it will likely be launched in late 2016. Reports suggest it will be lighter than the standard Mercedes-AMG GT S and have around 550 PS (404 kW). The vehicle will slot below the upcoming Black Series model that is still a ways off.