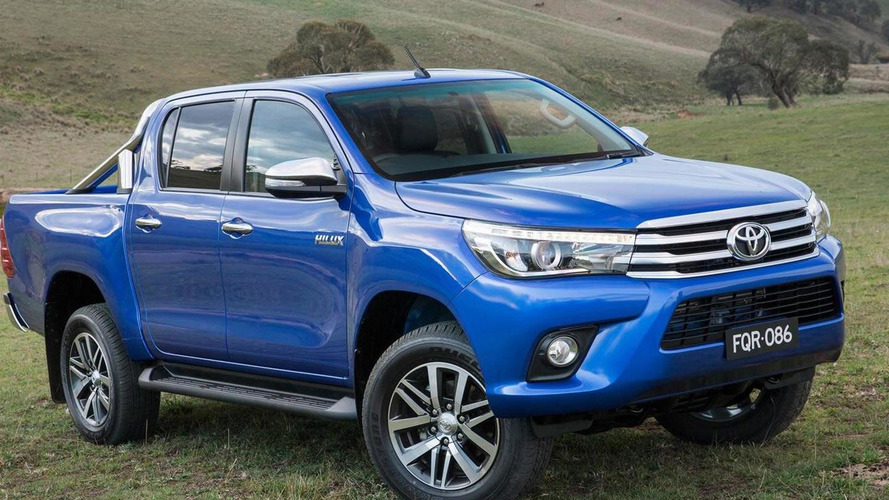 After a multitude of fully revealing spy shots, Toyota has finally taken the wraps off the eighth generation Hilux.

After a multitude of fully revealing spy shots, Toyota has finally taken the wraps off the eighth generation Hilux.

Billed as being an all-new model, the 2016 Hilux is 70mm longer and 20mm wider than its predecessor and comes with a slightly lower roofline and LED headlights with daytime running lights. It adopts a slightly more refined exterior design with a deeper front bumper, pronounced fender flares and more prominent character lines. The rear bumper has been redesigned while the new tailgate incorporates a rearview camera offered as standard. Based on the trim level, the new Hilux can ride on 16, 17 or 18-inch alloy wheels.

Stepping inside the cabin, it adopts a more car-like interior which according to Toyota will bring the utility and comfort you would expect to see in an SUV. The most noticeable feature is a tablet-like touchscreen display for the infotainment system, along with a 4WD changeover switch, leather upholstery and an LCD screen positioned between the speedometer and tachometer.

Sales of the all-new Toyota Hilux will commence in the following months.