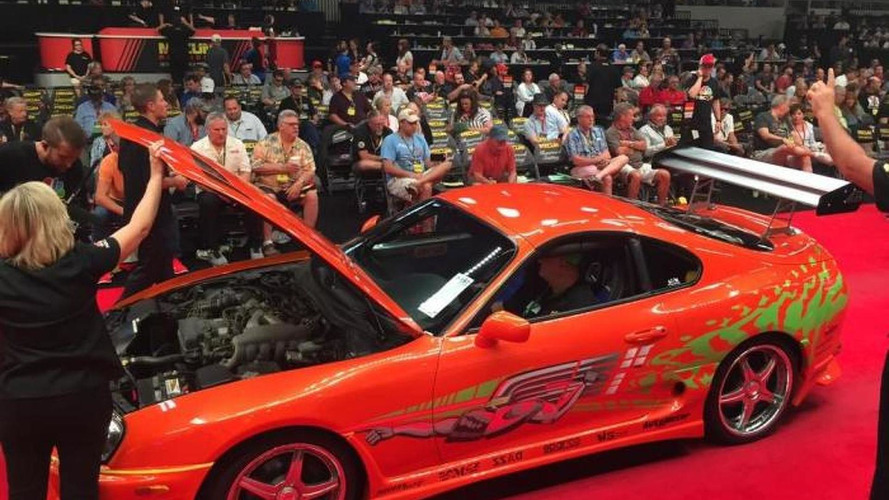 A 1993 Toyota Supra driven by Paul Walker (Brian O'Conner) in the original Fast and Furious movie was sold at an auction for $185,000.

A 1993 Toyota Supra driven by the late Paul Walker (Brian O'Conner) in the original Fast and Furious movie was sold at an auction for $185,000.

Listed by Mecum Auctions, the customized Supra was built at The Shark Shop in El Segundo, California and was used throughout the movie, including in the final race against the Dodge Charger driven by Vin Diesel (Dominic Toretto). It packs a 220 bhp punch from an inline-six 3.0-liter engine teamed up with a five-speed manual gearbox.

The unique Supra features a full roll cage and two Holley Performance nitrous oxide bottles mounted at the back, but these are not connected. It wears a Bomex body kit with an APR wing and Dazz alloys wrapped around in Yokohama tires.