The inline-five won't sing its song in the north.

It seems Audi fans in Canada have fewer options for fun-to-drive cars. Visit Audi Canada's website and you'll no longer see either the TT RS or the RS3 listed. Both cars feature Audi's much-loved turbocharged five-cylinder engine, and that could be the reason for their demise in the north.

We've contacted Audi for an official confirmation of this news, but with the holidays fast approaching, we may not have an answer right away. The rumors percolate from Reddit, which claims both cars were dropped because of emissions issues with the inline-five. A single image linked there allegedly shows a communication from Audi Canada to dealerships, stating the cars cannot be sold in Canada because they don't meet "certain technical requirements." 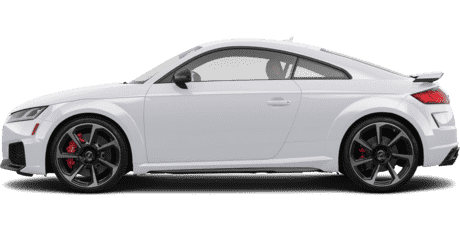 Specific information about these requirements is revealed, but the communication mentions changes to new vehicle registration laws that won't allow Audi to offer its five-cylinder engine. It's worth noting that, despite the Reddit thread specifically pointing to emissions, this alleged communication makes no such mention.

It seems vaguely similar to Porsche's dilemma in California earlier this year regarding the GT3, which was not available for sale with a manual transmission due to a technicality in a law relating to sound. Oddly, the same car with a PDK transmission was perfectly fine, and after a few weeks of back-and-forth between Porsche and California officials, the manual was approved as well.

Long Live The TT and RS3:

The issue sounds a bit more complicated with Audi, if for no other reason than it involves an entire country as opposed to a state, or in this case, a province. The TT RS was already headed out in the US market, so it's possible a similar departure was in the works for Canada. With the RS3 also cut, it certainly leaves an enthusiast-sized hole in the Canadian market.

We will jump in with an update as soon as we receive new information.