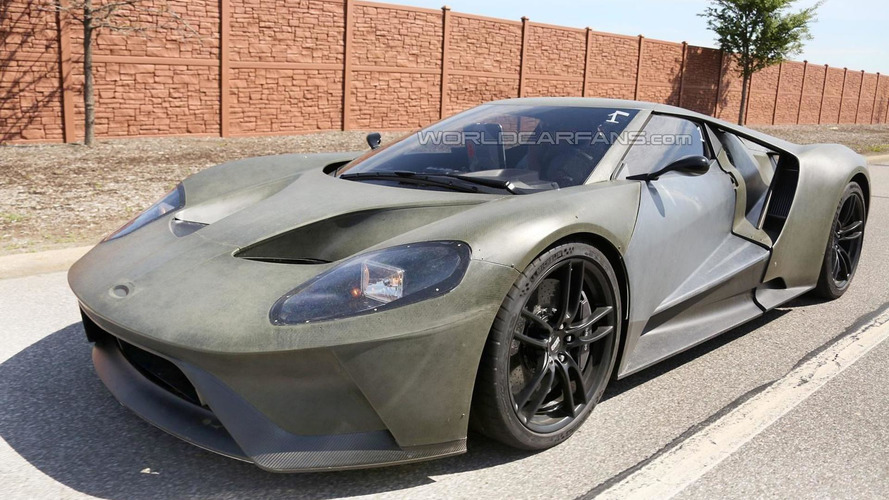 The menacing 2017 Ford GT prototype is back in a second batch of spy shots from United States.

The menacing 2017 Ford GT prototype is back in a second batch of spy shots from United States.

Ford should consider offering the new GT with a bare carbon fiber body as it looks absolutely ferocious without any paint on it. This particular prototype comes with a partially exposed rear end and features a laptop inside the cabin used by the test driver to check out the car's parameters. The Blue Oval company has promised 95% of the concept's design will be implemented in the production version while the other 5% will be represented by larger mirrors and updated graphics for headlights and taillights.

It will go on sale towards the end of 2016 as a 2017MY carrying an estimated starting price of $400,000. Only 250 units of the "ultra-high-performance supercar" will be built each year and owners will be able to enjoy a twin-turbo V6 EcoBoost engine pushing out in excess of 600 bhp (447 kW).

The motor will be teamed up with a dual-clutch seven-speed gearbox bringing "near-instantaneous gear changes" so expect some impressive performances taking into account Ford has previously said the new GT will "exhibit one of the best power-to-weigh ratios of any production car."