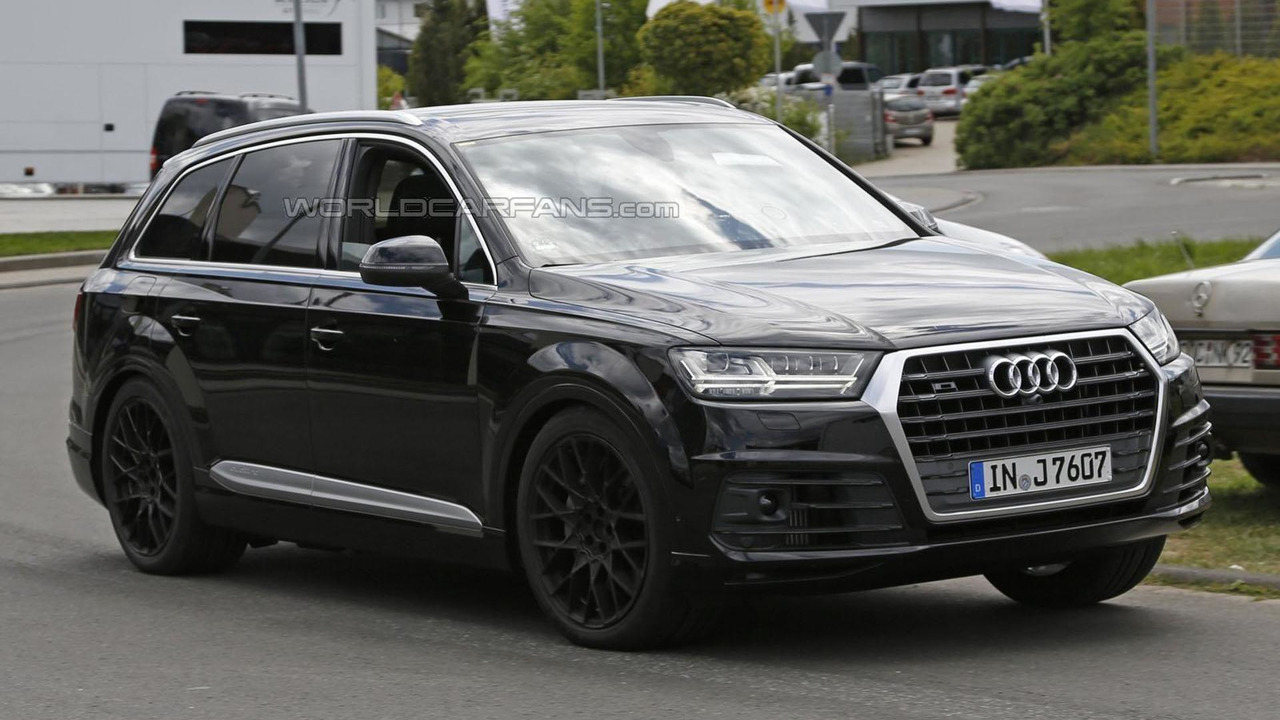 The Audi SQ7 has been spied outside the company's Nürburgring testing facility.

The Audi SQ7 has been spied outside the company's Nürburgring testing facility.

Looking virtually identical to its mainstream counterpart, the SQ7 is distinguished by revised air intakes, beefier brakes and a four-tailpipe exhaust system.

Performance specifications remain unconfirmed but previous reports have suggested the model will use an e-turbo V8 TDI engine that displaces either 4.0- or 4.2-liters.  If the rumors are correct, the engine could produce more than 400 bhp (298 kW) and enable the crossover to accelerate from 0-100 km/h in approximately 5.5 seconds.

The model could also be offered with a twin-turbo 4.0-liter V8 petrol engine later on but nothing is official as of yet.