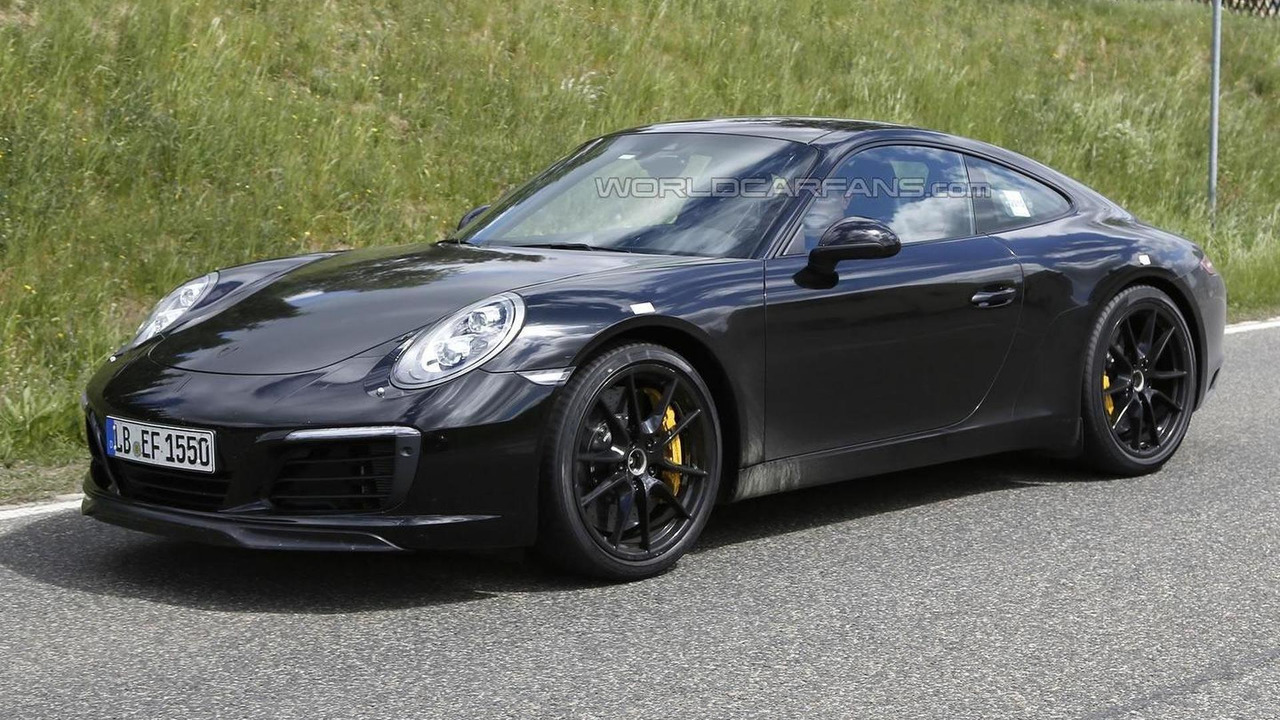 An undisguised prototype of the Porsche 911 facelift has been caught on camera undergoing final testing.

An undisguised prototype of the Porsche 911 facelift has been caught on camera undergoing final testing.

It was only yesterday when Porsche signaled the imminent demise of the 991.1 version with the Black Edition and now our spy photographers have caught on camera a 991.2 prototype camo-free. At a first glance it appears to be identical to the outgoing model but upon closer inspection you will notice the front and rear bumpers have received a minor cosmetic surgery.

In addition, there are new LED daytime running lights and different graphics for the headlight and taillight clusters. It seems the rear lighting clusters have been stretched and now adopt a wraparound layout while the dual exhaust tips are now closer to one another and mounted near the center of the rear bumper.

Likely debuting in September at Frankfurt Motor Show, the revised Porsche 911 range could be all-turbo, with the exception of the 911 GT3 and 911 GT3 RS. It is believed the 911 Carrera will be equipped with a newly developed 2.5-liter 6-cylinder turbocharged engine while the Carrera S should have a larger 3.5-liter turbo engine with more than 407 PS (300 kW).