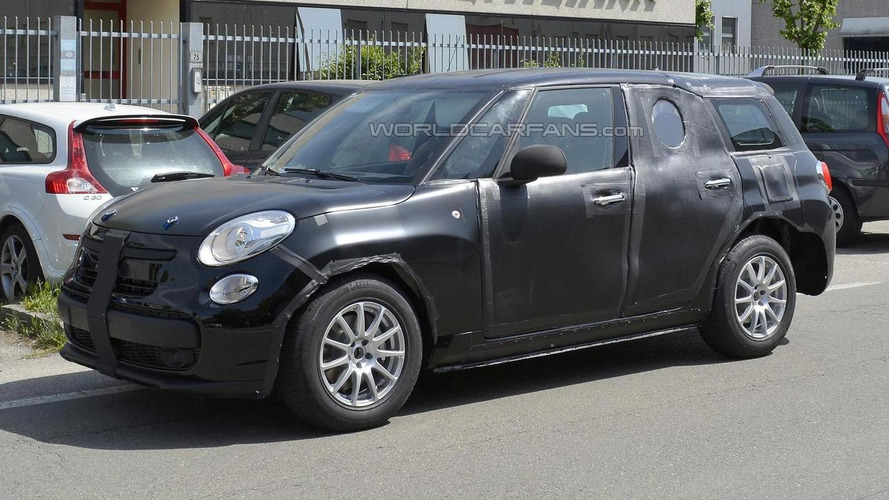 Alfa Romeo's first ever SUV has been spied as a Fiat 500L test mule ahead of a late 2016 launch.

Alfa Romeo's first ever SUV has been spied as a Fiat 500L test mule ahead of a late 2016 launch.

There is nothing to say about the car's design since it was wearing a stretched configuration of the Fiat 500L body along with a jacked up suspension and a pair of exhaust tips penetrating the rear bumper. The weird-looking prototype was spotted in Italy during an early testing phase and it is believed it will use the same Maserati-developed "Giorgio" platform which will also underpin Alfa's upcoming sedan likely called "Giulia."

The high-riding model will come as standard with a rear-wheel drive layout and should get a new V6 turbodiesel engine featuring a generous output. Fiat Chrysler Automobiles chairman Sergio Marchionne previously announced the company's future models will get an "advanced, high output four-cylinder" engine and a Ferrari-derived six-cylinder motor and chances are both of them could find their way inside Alfa's SUV codenamed "Project 949" which will have roughly the same size as an Audi Q5.

The Alfa Romeo SUV has already been confirmed for a Q1 2017 launch in United States so Europe should get it by the end of 2016.