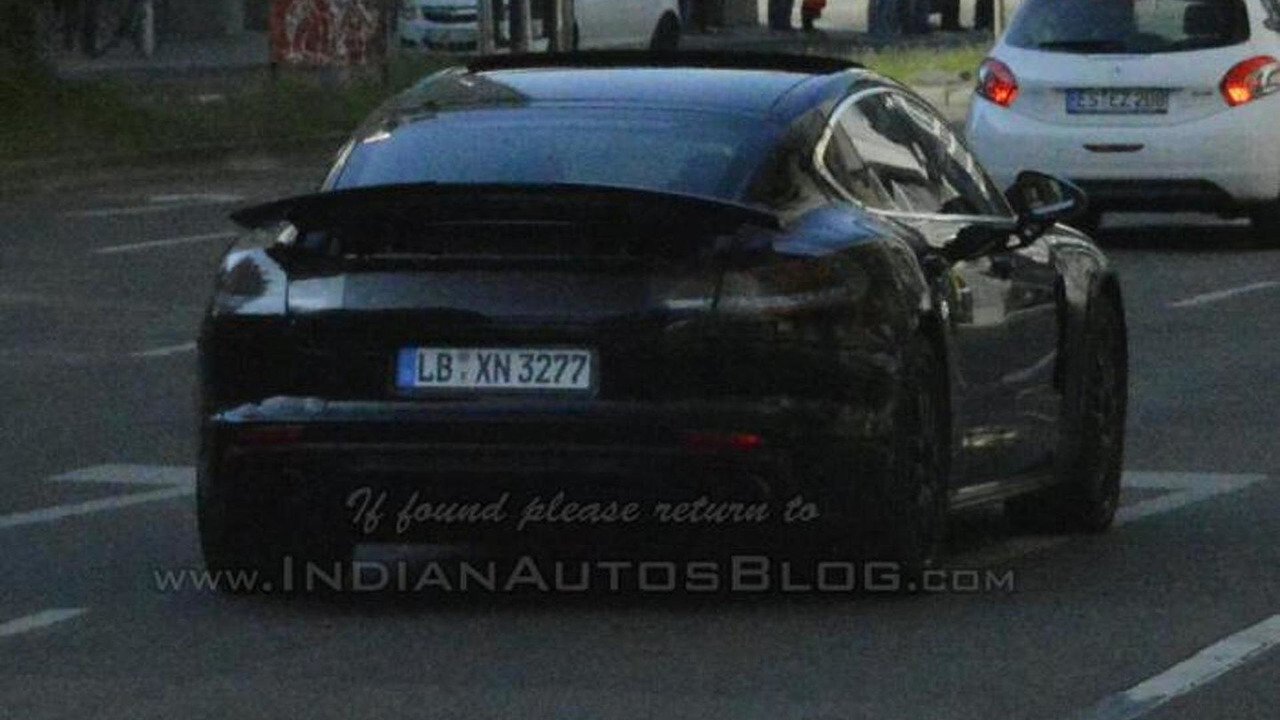 A thinly camouflaged prototype of the 2016 Porsche Panamera has been spied in Europe.

This photo, made by IndianAutosBlog readers, confirms once again the vehicle will feature an evolutionary design. Seen testing probably somewhere in Germany, this prototype has hidden taillights, quad exhaust pipes and what appears to be an automatic rear spoiler.

Riding on the MSB platform, the next-gen Panamera will reportedly hit the market in the second half of 2016 and will likely be 200 lbs (91 kg) lighter than its predecessor. A family of updated V6 and V8 engines is expected, as well as a hybrid version with a 3.0-liter V6 engine, supported by an electric motor and a lithium-ion battery.