Next generation MINI Countryman spied in action on the 'Ring [video] 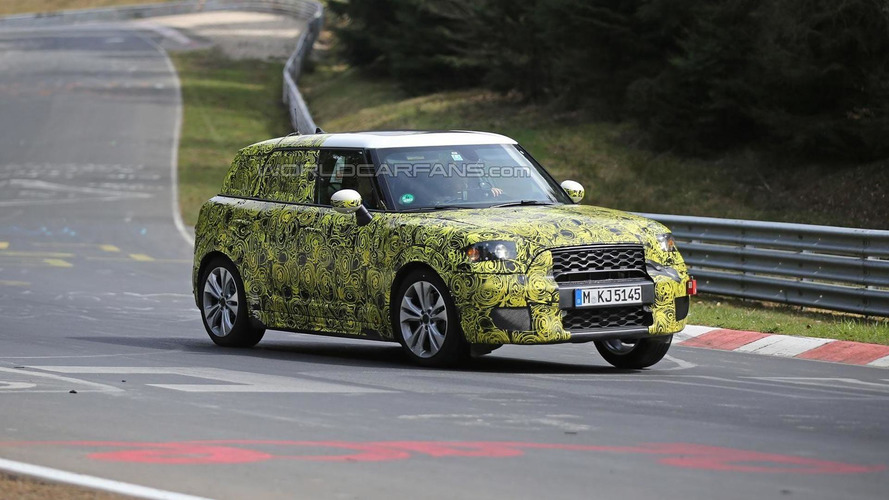 Another fully camouflaged prototype of the second generation MINI Countryman has been caught on camera undergoing testing on the Nürburgring.

Another fully camouflaged prototype of the second generation MINI Countryman has been caught on camera undergoing testing on the Nürburgring.

Set to grow in size compared to the current model, MINI's overhauled Countryman still wears a full disguise in this spy video but that doesn't mean it's getting a whole new look. On the contrary, the styling revisions will be moderate at best in the same vein as other recent MINI models which haven't departed greatly from their predecessors in terms of design.

While the appearance won't be revolutionary, underneath the skin is going to be an entirely different car since the 2017 Countryman will make the transition to the UKL1 platform which should bring a weight loss even though the new model is bound to grow in size. As a matter of fact, it will likely end up being the largest MINI model ever made and will be offered as expected in both FWD and AWD versions, together with hot S and JCW derivatives.

An official reveal is expected at a major auto show next year before MINI will kick off production at the VDL NedCar factory in Born, The Netherlands and at the Oxford plant in United Kingdom. As a reminder, the current model is assembled by Magna Steyr in Graz, Austria.