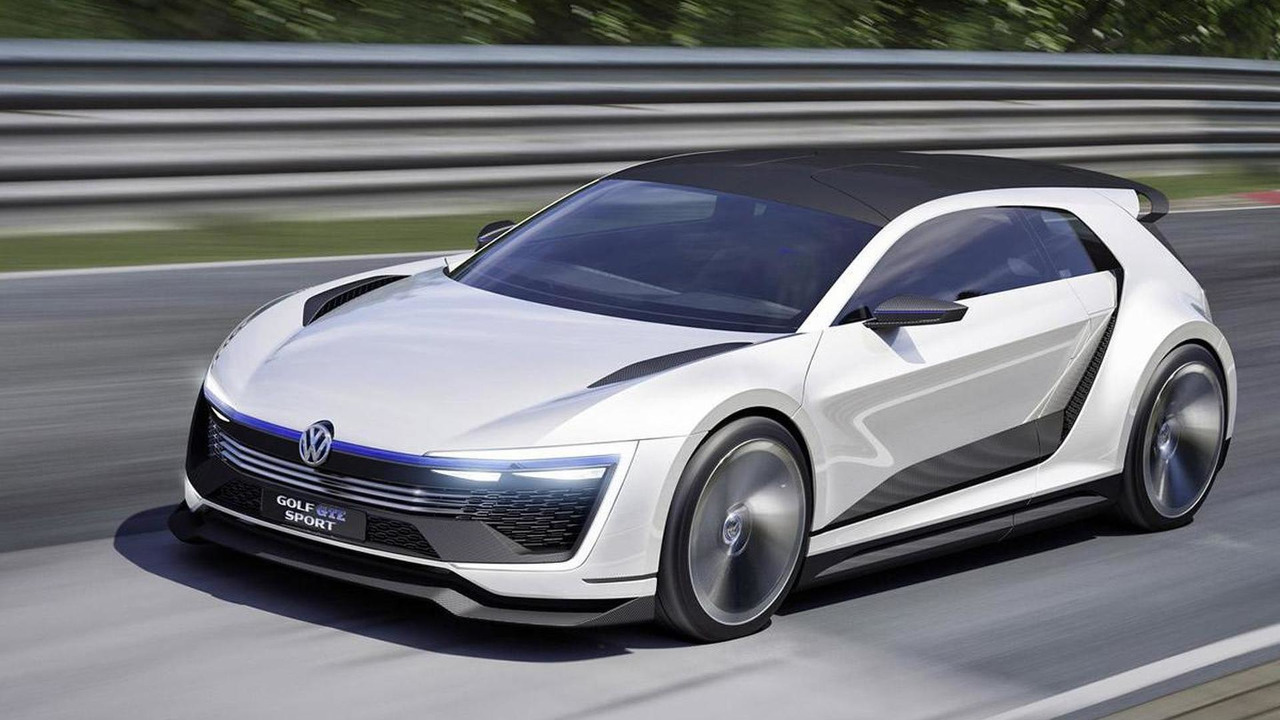 Volkswagen has staged the world debut of the Golf GTE Sport concept in Austria today at Wörthersee.

Volkswagen has staged the world debut of the Golf GTE Sport concept in Austria today at Wörthersee.

Joining the Golf GTI Clubsport and Golf GTI Performance at the annual GTI meeting, Volkswagen's new Golf GTE Sport concept represents an interesting take on the popular hatchback. It has very little in common with the production series Golf GTE plug-in hybrid as it comes with a massively reworked White Club body made from carbon fiber and equipped with gullwing doors.

As far as the interior is concerned, it has separate areas for the driver and passenger and is equipped with bucket seats featuring five-point belts. The steering column is made from carbon while the gearbox can be operated manually thanks to the shift paddles. Traditional dials have been replaced by high-tech transparent displays sitting one behind another to provide all the necessary information.

When the combustion engine and two electric motors join their power, the vehicle will sprint to 62 mph (100 km/h) in 4.3 seconds before topping out at 174 mph (280 km/h). Despite the stellar performances, Volkswagen's Golf GTE Sport concept remains very frugal as fuel consumption in hybrid mode stands at only 2 liters / 100 km (117.6 mpg US or 141.2 mpg UK). It can also be driven solely on electric power for up to 50 km (31 miles) thanks to a lithium-ion battery.