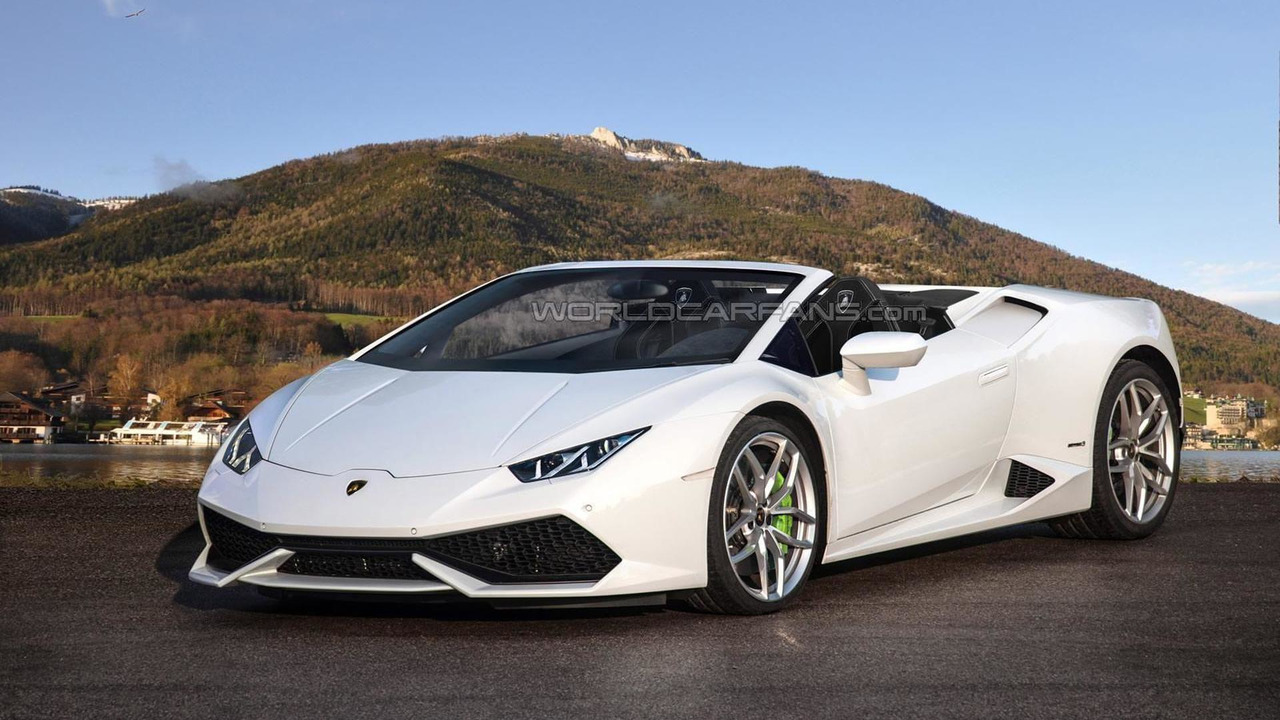 The Lamborghini Huracan has been the subject of a digital transformation, this time into a Spyder version.

The Lamborghini Huracan has been the subject of a digital transformation, this time into a Spyder version.

Last year we heard Lamborghini's boss Stephan Winkelmann saying they need "lots of derivatives" for the new Huracan as "customers expect it and we always need something new to talk about." The first of the bunch will likely be a Superleggera / SV version of the coupe since prototypes have already been spied while later on a Spyder version should join the range, possibly as early as 2016.

It's not hard to imagine how the Huracan Spyder will look like as Lamborghini will only change the roof while the rest of the body should remain virtually the same. Power will come from the same normally aspirated V10 5.2-liter engine pushing out 610 PS (449 kW) and 560 Nm (412 lb-ft) of torque channeling power to the wheels via a 7-speed dual-clutch gearbox.

This hardware setup grants the regular Huracan with a 0-62 mph (0-100 km/h) sprint in 3.2 seconds and a 202 mph (325 km/h) top speed, but expect the Spyder version to be a few ticks of a second slower due to the slightly higher weight commanded by the increased roof's complexity.