David Beckham Claims The Maserati MC20 Is The Perfect Car

Naturally, he has ordered one.

Having been named Maserati's global brand ambassador earlier this year, you're obviously not going to hear David Beckham saying something negative about the MC20. The former soccer player who spent most of his career at Manchester United was invited by the Italian marque with the trident logo to take the mid-engined supercar for a spin around the Modena circuit.

While he is patiently waiting to take delivery of his very own MC20 and drive it around Miami, the 46-year-old celebrity had his first opportunity to hop behind the wheel of the latest supercar from Maserati. It's not the first time the owner of the Club Internacional de Futbol Miami soccer team stars in one of the company's videos as he drove a Levante Trofeo when the deal with fabled automaker was announced in April.

Retired in 2013 after turning down an extension of his contract with Paris Saint-Germain, David Beckham had nothing but praise words to say about the first new Maserati in many years. He went as far as to claim it's the "perfect car" and it will ideal to drive on the streets of sunny Miami in Florida.

"By far one of the best cars I've ever driven" is how he described the 621-horsepower machine with its glorious soundtrack provided by the twin-turbo 3.0-liter V6 engine. He went on to mention the car made him feel like he was 16 or 17 years old again by bringing back memories of how excited he was about driving a car for the first time.

Get Up To Speed With The MC20: 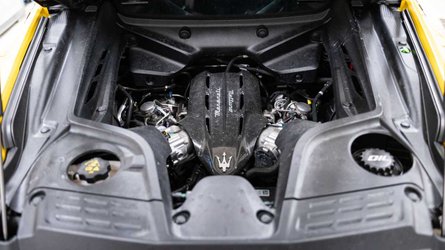 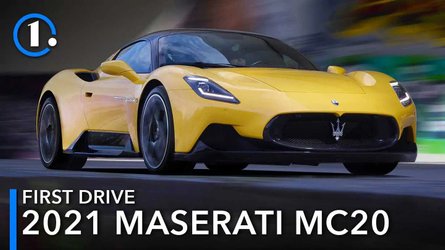 Beckham has his work cut out for him considering Maserati is planning a veritable product onslaught that kicked off with the supercar and will continue next year with the Grecale, a smaller crossover positioned below the Levante. An all-new GranTurismo is also coming, complete with a GranCabrio and an electric option for both.

Speaking of EVs, a completely silent MC20 is also coming while parent company Stellantis is engineering a dedicated electric platform that will underpin the Ghibli and Quattroporte sedan replacements. The next-generation Levante will also spawn a zero-emissions derivative, so those with deep pockets who want to enjoy the noise of a combustion engine might want to hurry up as Maserati is heading towards the inevitable electric era.

Here is what the company has on the agenda for the coming years.