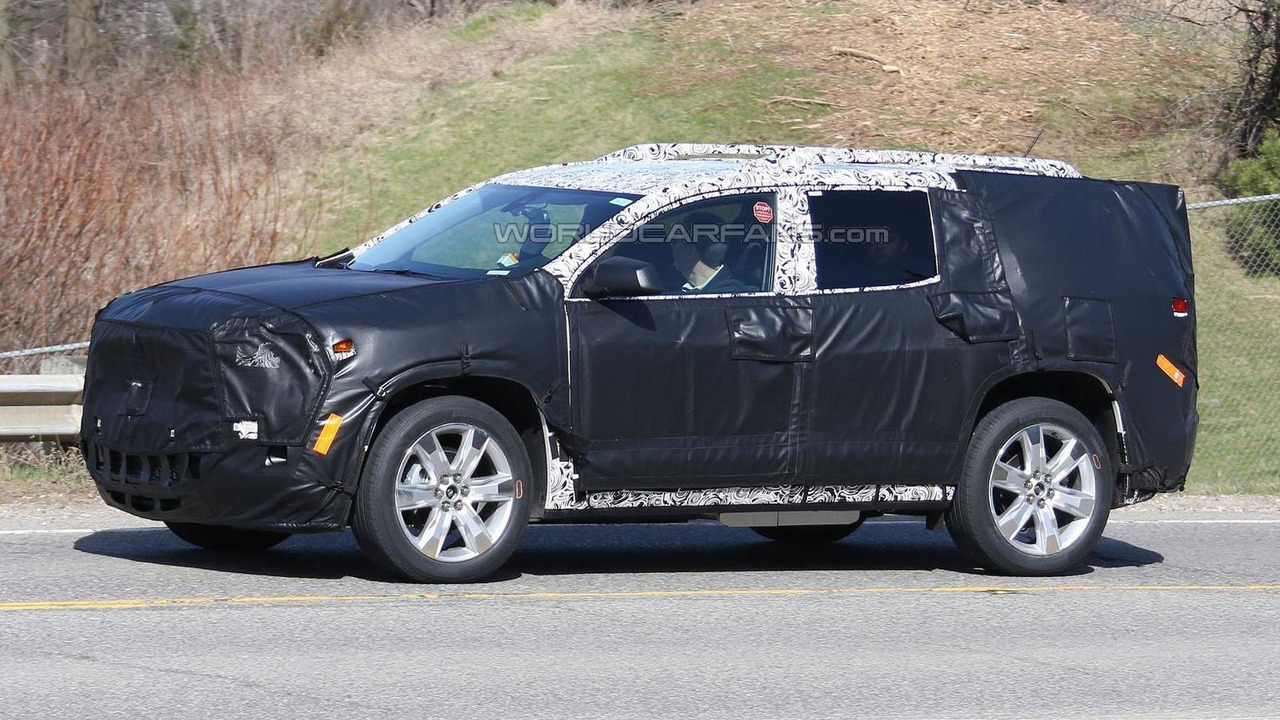 The 2017 GMC Acadia has been spied undergoing testing in the United States. See the pictures inside

The 2017 GMC Acadia has been spied undergoing testing in the United States.

Caught wearing heavy camouflage, the redesigned crossover appears smaller than its predecessor and features more curvaceous styling.  Details are hard to make out but we can see a prominent grille, an upward sweeping beltline and a dual exhaust system - among other things.

GM has been relatively tight-lipped about the model but it is expected to ride on an extended version of the C1XX / Chi platform that will underpin the Cadillac XT5.  Engine options are also unconfirmed but could include a turbocharged 2.0-liter four-cylinder and a new 3.6-liter V6.

The 2017 GMC Acadia is expected to be unveiled early next year before going on sale in the summer of 2016.