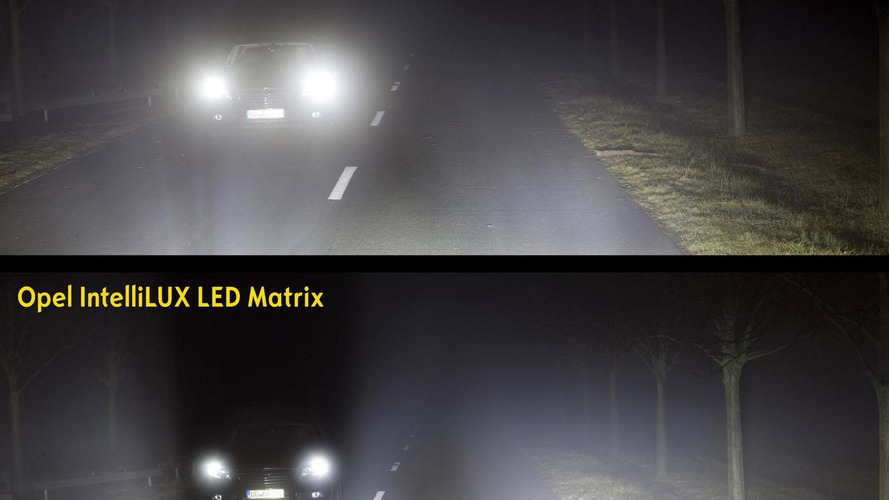 Opel has announced the 2016 Astra will be offered with the company's new IntelliLux LED Matrix Headlights.

Opel has announced the 2016 Astra will be offered with the company's new IntelliLux LED Matrix Headlights.

Each headlight uses eight individual LED segments and the system automatically adjusts the length and distribution of the light beam according to the traffic situation at hand.

As soon as the Astra leaves an urban area, the high-beams are activated and always remain on.  When the Opel Eye front camera detects an oncoming vehicle, the individual LED segments that would "dazzle" the oncoming driver are automatically switched off and on as they pass.

According to studies conducted by Opel, drivers traveling at 80 km/h (49.7 mph) will be able to detect objects at the side of the road 30-40 meters (98.4-131.2 feet) sooner with IntelliLux LED Matrix Headlights than with conventional halogen or xenon low-beam lights.  This gives drivers approximately 1.5 seconds of additional reaction time.

In a statement, Opel's Vice President of Vehicle Engineering, Charlie Klein, said “We are democratizing technology by making innovations affordable and bringing them to high volume vehicles. Our new LED matrix light, IntelliLux, is a perfect example." He went on to say "Our integration of the LED technology provides outstanding night time performance enhancing safety for the driver and those around them."