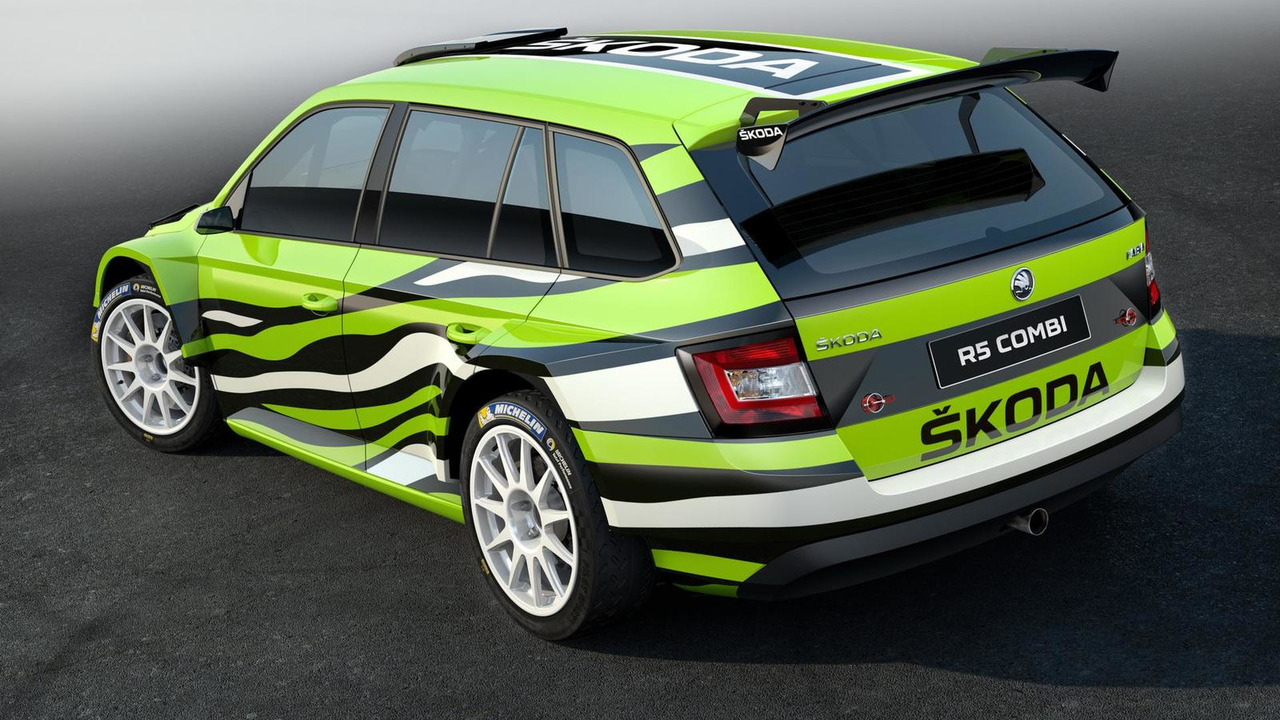 Skoda has fully unveiled the Fabia Combi R5 along with four other vehicles that will be showcased at the 2015 GTI Meeting at Worthersee.

The estate version of the Fabia R5 features a distinctive white, green and black finish and 18-inch wheels. The car also comes with aggressive bumpers with wide air intakes at the front end and black grille plus wing mirrors covers. The rear sports a huge spoiler, as well as a massive rear bumper and centrally-located exhaust pipe.

The car is powered by 1.6-liter turbo engine from the Skoda Fabia R5 rally car, which will also be on display. The Czech manufacturer explains the rally car will be driving up to Worthersee “almost directly from its first, highly successful racing appearance.”

Next in the list is the Skoda FUNstar, which will be presented to the general public for the first time at Worthersee. It has a white body with neon green accents and 18-inch alloy wheels. Also notable are the LED daytime running lights, the dual-vented hood, the LED projectors displaying the company logo, etc.

The Skoda Fabia with design package Red & Grey is being described as “a real eye-catcher.” The vehicle is finished in moon-white with grey-red stripes running over the bonnet, roof and boot. The package also includes Red Savio 17-inch alloys and red wing mirror covers, as well as a front spoiler, side sills, rear diffuser and a black grille roof spoiler.

Last but not least, Skoda will be showcasing the Octavia Combi RS 230, which will go on sale from June this year. It comes with a 230 PS (169 kW) 2.0-liter petrol engine, mated to a manual six-speed transmission. The vehicle accelerates from 0 to 100 km/h (0-62 mph) in just 6.8 seconds and can reach a top speed of 247 km/h, making it the fastest series-produced Octavia Combi of all time.