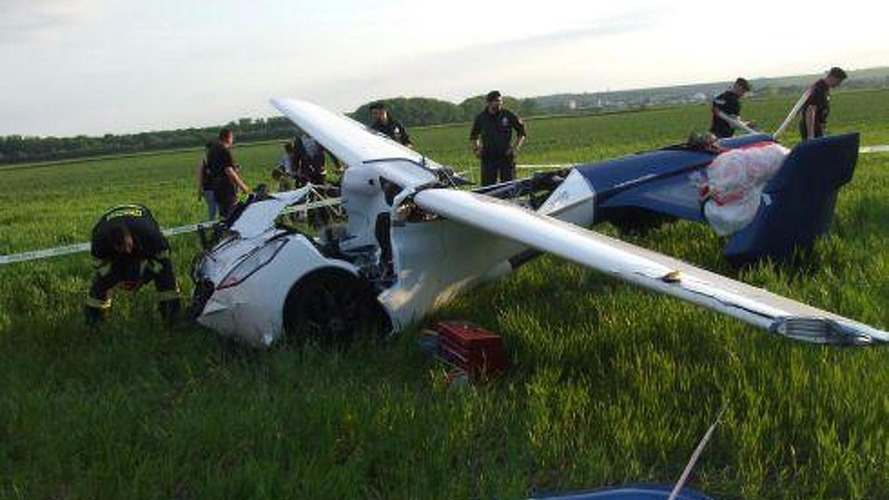 The AeroMobil flying car has crashed during a test flight near the city of Nitra in west Slovakia.

The machine was driven by its inventor – Stefan Klein, who managed to open his parachute in time, according to reports. He was transported to a hospital, but luckily suffered only minor injuries thanks to the parachute.

The flying car is currently undergoing tests before it enters production likely in 2017. The accident happened close to the Nitra Janíkovce airport.

Additional photos from the crash can be found at the source link below.