The 4x4 siblings also race downhill, through forests, and over rough terrain.

Here's a rather unlikely showdown. Drag races typically don't take place uphill, but when the competitors are a pair of legendary Toyota off-road titans, things make a bit more sense. That's exactly what we have here in this showdown between the Hilux pickup, and the Land Cruiser SUV.

You might notice something a bit different about this Land Cruiser. We're used to seeing luxurious versions, but in parts of the world they are still offered in a very utilitarian format. That's what we have here in this UK-based comparison from Carwow, pitting a two-door short-wheelbase commercial-use Land Cruiser against a dressed-up Hilux pickup. 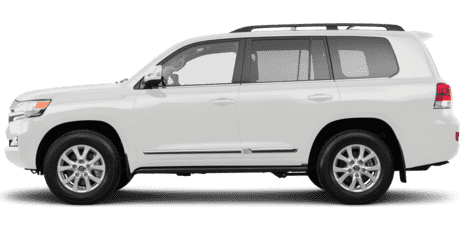 save over $3,400 on average off MSRP* on a new Toyota Land Cruiser

Both vehicles have the same turbocharged 2.8-liter diesel under the hood, each producing 204 horsepower (152 kilowatts). However, the Hilux has a different tune which gives it 369 pound-feet (500 Newton-meters) of torque versus 310 lb-ft (420 Nm) in the Land Cruiser. The pickup also has an off-road advantage with a rear locking differential and an automatic transmission, giving it hill descent control which comes in handy for the other side-by-side race that comes later in the video.

We'll start with the drag race, and on that front, you might be surprised. Despite its torque disadvantage and open rear diff, the Land Cruiser with its six-speed manual gearbox leaps forward and charges up the short hill with gusto, literally leaving the Hilux in its dust. It's a neat result, but in the off-road world, being first to the top isn't as important as getting safely down the other side. That's where the Land Cruiser loses, because the second side-by-side run is all about a gentle, controlled descent. Even in low range, the Land Cruiser can't match the managed slow-speed crawl of the Hilux.

First To The Finish Line:

Races are only a portion of this interesting Toyota off-road challenge. Both vehicles partake in tests that involve maneuverability, stability, and off-road grip in some difficult situations. Curiously, with all the points tallied the 4x4 family comes out dead even. Then again, with these two nameplates having such a pedigree of off-road capability, did you expect anything less?