Forget what you know about the Carens because the new one is completely different.

When Kia unveiled the Carnival last year, it refrained from calling it a plain ol' minivan, deciding to go with "Grand Utility Vehicle." Guess what? The smaller Carnes is no longer a minivan either because we're being told it's opening up a new class of recreational vehicles in India. Marketing fluff aside, the fourth-generation model is a vast departure in terms of styling, both inside and out.

As with most of Kia's recent and rather bold designs, the new one looks nothing like the car it replaces. It's going for the crossover look because apparently, other body styles must also draw styling cues from high-riding models. Embracing the corporate "Opposites United" design language, the revamped Carens has funky lights at the front and rear, while the side profile is more SUV than minivan.

With roof rails and plastic body cladding on the wheel arches, you'd be excused from thinking the silhouette depicts a Sportage. However, the Carens has a flatter roofline to maximize headroom while the greenhouse appears to be a tad bigger to accentuate the minivan traits even though Kia doesn't use this term.

The South Korean brand has also released a teaser sketch depicting the interior featuring a massive panel stretching across the entire width of the dashboard. It hosts a digital driver's display and the 10.25-inch touchscreen of the infotainment system, while the section on the passenger side has an interesting pattern to spruce things up a bit. 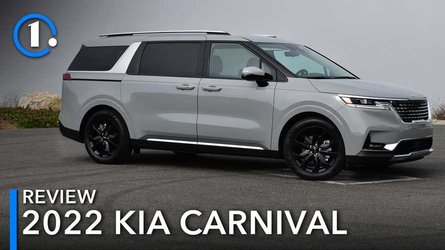 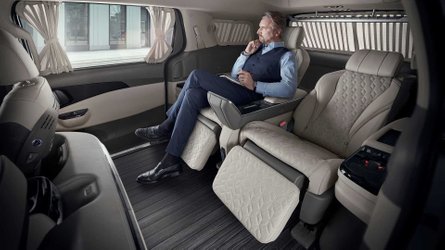 Thankfully, you still have separate controls for the climate settings, mounted below the central air vents. An automatic transmission lever is also noticeable, as is a wireless charging pad in front of it. With the unveiling taking place in India, Kia has decided to show the Carens in a right-hand-drive specification with a familiar steering wheel design.

Although not mentioned by Kia, reports from the world's second-most populous country suggest the overhauled compact minivan will come with a choice between six or seven seats. Power is said to come from 1.5-liter gasoline and diesel engines shared with the Seltos crossover available in India. Interestingly, although not necessarily surprising, Hyundai is apparently coming out with its own version, believed to be called Stargazer.

Kia will take the wraps off the all-new Carens in a week from Thursday, December 16.