Report says next-gen BMW 5-Series won't be out before 2017; will have remote parking tech 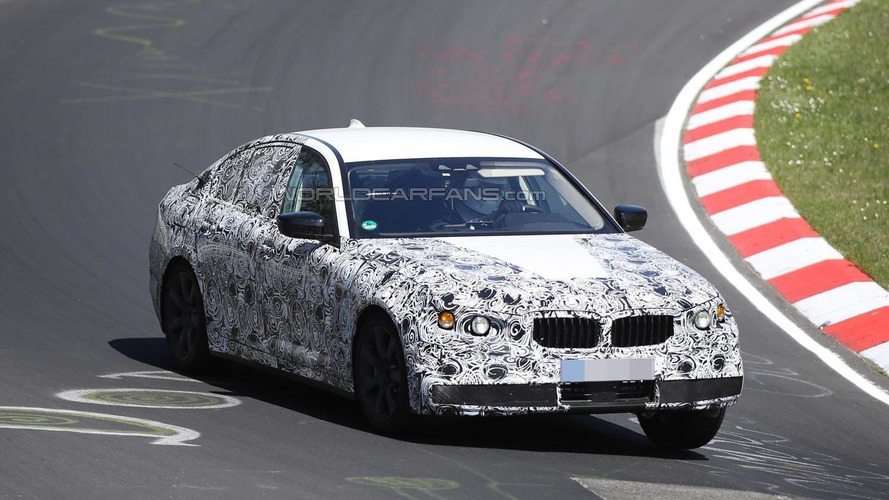 A new report states BMW will wait until 2017 to bring out the next generation 5-Series.

A new report states BMW will wait until 2017 to bring out the next generation 5-Series.

Auto Express is citing a source within BMW who says the 5-Series (G30) will not be released next year as originally believed, but it will be worth the wait as the mid-size executive model is bound to receive a host of improvements. We've known for quite some time the lightweight construction including CFRP will enable an estimated weight loss of 100 kg (200 lbs) and now the report says the new 5-Series will be one of the most technologically advanced models in its class.

It will borrow some autonomous tech from the upcoming 7-Series and is expected to receive a segment-first autonomous parking system which won't require human control at all. In addition, BMW is expected to implement a gesture control function for adjusting the multimedia system as well as answer Bluetooth calls.

A plug-in hybrid version has already been confirmed thanks to spy shots while on top of the range the M5 will be back with optional xDrive and an estimated 626 PS (460 kW). There are some rumors indicating a new entry-level version equipped with a three-cylinder engine but don't hold your breath since it is unlikely such a large car will get a tiny engine.

Gallery: Report says next-gen BMW 5-Series won't be out before 2017; will have remote parking tech